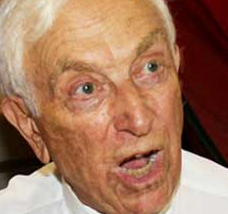 This is NOT good for Rush Holt and Frankie L. This is straight up racism from the Left. And it really shouldn’t be a big surprise to anyone who really knows the goals of the Left.

Hat tip to The Star-Ledger for getting the scoop:

The campaigns of U.S. Sen. Frank Lautenberg and Rep. Rush Holt paid out nearly $40,000 to settle charges by a former election worker who said he lost his job for hiring minorities to get out the vote in predominately white areas.

Christopher Nastuk, a canvass director whose job was to find field workers to get out the Democratic vote in the 2008 election, filed suit last year in federal court claiming he had been dumped for hiring black canvassers to go door-to-door for the candidates in parts of Holt’s 12th Congressional District.

Both campaigns denied the allegations, but the case was quietly settled out of court over the summer and its terms kept confidential. Recently released campaign finance reports, however, revealed the Lautenberg and Holt campaigns each paid out a $19,500 legal settlement just before the lawsuit was dismissed.