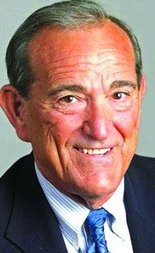 Today we have learned that last night, Assemblyman Pete Biondi, a long time public servant in Trenton since 1998, has passed away at age 69. Biondi had been fighting Hodgkin’s Lymphoma for roughly a year.

Biondi’s illness became somewhat of a campaign issue during this, his final campaign, in 2011. A mailer was sent that chided the Assemblyman for a growing amount of absences from his legislative duties. Once Biondi disclosed his battle with lymphoma the mailer was retracted. Two days before his death, Biondi was re-elected to the Assembly.

Assemblyman Biondi is survived by a wife and two children. Save Jersey sends our thoughts and prayers to his family and friends.