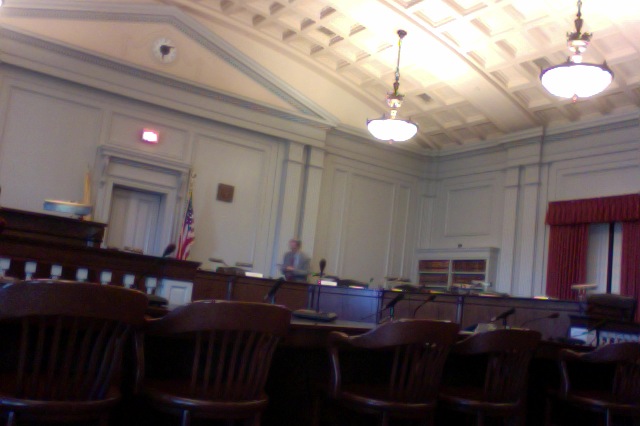 I just arrived at the state house after reading a report from Matt Friedman at the Star Ledger that John Farmer will be selecting the Republican map with his tie breaking vote on the 2011 Congressional Redistricting Commission.

While there is a bit of a moral victory in this, especially after the horrid beating the GOP took during Legislative reapportionment in the spring, the practical effects remain to be seen. Both the Democrat and Republican maps pitted Rep. Rothman against Rep. Garrett in a battle of the war chests. Both congressmen have a large amount of cash on hand for the upcoming 2012 election.

The biggest difference is reported to be that the GOP map gives Garrett a slight advantage when compared with 2010 voting totals. To which my response is, this is New Jersey and anything is possible. A great year for Garrett in 2010 does not necessarily mean that his advantage is going to be anything insurmountable. It will be a contest indeed.

One of the GOP arguments for why their map should win was also that NJ-2, a seat that has been occupied by Congressman LoBiondo for quite some time now, is a Democrat friendly seat on paper. One look at how legislative elections turn out down there makes this rather clear. Once LoBiondo vacates that seat and retires from Congress, the balance is likely to shift again form a 6-6 even split for our delegation to a 7-5 Democrat majority. 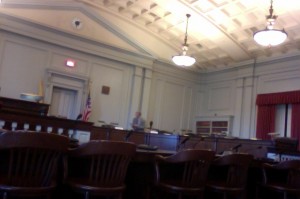 Of course, the reason I am actually here in Committee Room 11 today is to bring you up to the minute information on the changes we do not yet know about. While “sources” have been rampant in this process, no real maps have been released for analysis. These teams were far better at secrecy than their state legislative counterparts. Stay tuned, the meeting begins in about half an hour