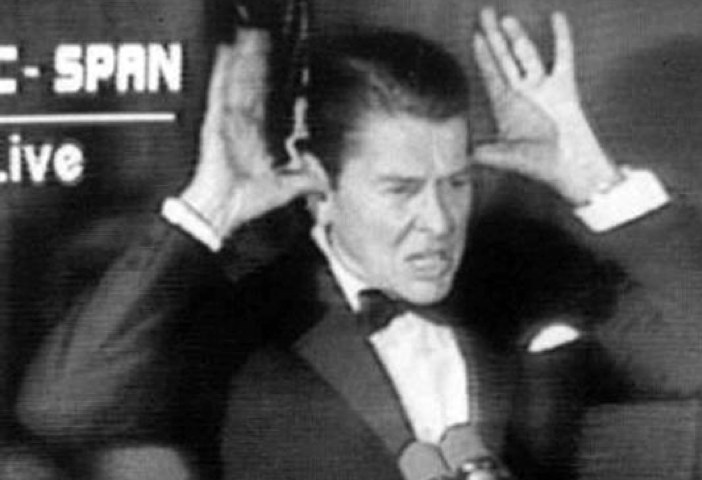 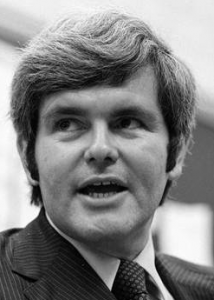 Newt Gingrich was elected to Congress in 1978, eve of the “Reagan Revolution.”

And Newt loves to tell audiences along the campaign trail that he was an ally of President Reagan and helped the Great Communicator “defeat communism.”

This claim is only half-true. Newt regularly voted with Reagan. He also said some extremely nasty, negative, and ultimately incorrect things about our 40th President.

Elliott Abrams, who served as an assistant secretary of state in the Reagan Administration and later as adeputy national security adviser to George W. Bush, has a story up on NRO.com recounting the many times when Young Newt bashed President Reagan on the House Floor.

Measured against the scale and momentum of the Soviet empire’s challenge, the Reagan administration has failed, is failing, and without a dramatic change in strategy will continue to fail. . . . President Reagan is clearly failing.”

There’s plenty more in the article; on one occasion, Newt said he believed Reagan’s Afghanistan policy was marked by both… are you ready for this?… “impotence and incompetence.”

Now, you can choose to react to the Speaker’s apparent doublespeak in one of two ways, Save Jerseyans. 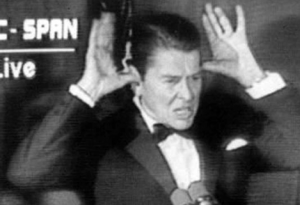 You can slam Newt as a newly disrobed “RINO” and change your allegiance to the next anti-Romney candidate. Maybe Santorum? Or someone not yet in the race? Chances are you’ve already changed your mind multiple times in this seemingly-endless primary contest. “Consistency” clearly isn’t one of your virtues. I guess NO ONE is a real conservative, huh? Except you, of course. Congratulations!

Alternatively, you can accept that every available presidential candidate has an imperfect conservative past, take a deep breath, and select the most stable, mature and electable candidate as our nominee. Mitt was a Reagan apostate, too. Like Newt, he hasn’t always been a loyal conservative leader. Example? Newt did support Barry Goldwater… in 2012. He previously professed having supported Nelson Rockefeller in 1964. The truth is a little hard to discern.

The choice is yours to make, Republican voters.

4 thoughts on “Newt Was FOR Reagan After He Was AGAINST Him?”