A Rutgers Professor is Responsible for the Rutgers-Rowan Merger 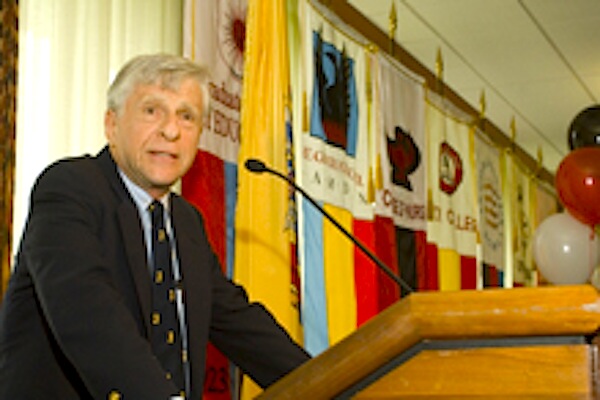 Alan Rosenthal, Ph.D., the esteemed “Professor of Public Policy” over at Rutgers University’s Eagleton Institute of Politics. Ever hear of him, Save Jerseyans?

Yeah, I thought you might’ve! 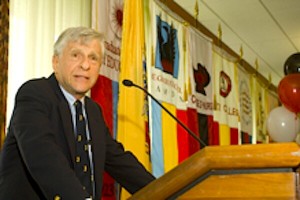 He’s the genius who was appointed to serve as tie-breaker for last year’s legislative redistricting process. He advocated for a non-competitive map and that’s certainly what we got. The next best chance for a Republican majority under the dome arrives in November 2021.

Consequently, our Republican Governor was faced with an unenviable choice: (1) give up on accomplishing anything legislatively until at least January 2014 (if he can get reelected and sweep freshman in with him), or (2) work with the less-ideological South Jersey Democrat Machine.

The rest is history, right?

We’ve gotten some good stuff out of it; the first big steps towards comprehensive pension and education reform come to mind. But there’s really objectively bad stuff associated with this coalition of convenience, too, like the proposed Rutger-Rowan merger.

Compromise is never pretty. I’m sure Governor Christie cringes every time he takes a call from Norcross, folks, similarly to how Churchill felt swapping stories and spirits with Stalin at Potsdam. Crappy, all around.

His consolation? Not only keeping the “Jersey Comeback” agenda alive, but also neutralizing most of his likely Democrat opponents ahead of next year’s gubernatorial election. Think about it: George Norcross is extremely unlikely to oppose Christie openly next year by backing one of his own stable horses against his new Republican ally. Frankly, how could he do any better on the “issues” he’s most concerned about, i.e. expanding his emerging medical/education empire, by backing a South Jersey Dem who might not fare well against a superiorly liberal (is that an oxymoron?) North Jersey primary alternative.

God knows a hypothetical North Jersey Dem governor is unlikely to be as receptive. Lautenberg is evidence enough of that. Hence, Norcross doesn’t have much incentive to hustle for a NNJ Democrat, either.

So Christie and Norcross will continue to ally-up whenever it makes sense without apology, Save Jerseyans. Hate it, love it – it matters not. It’s our collective political reality pending an electoral landslide one way or the other that changes the balance of power in Trenton yet again.

And THAT, my friends, is why Alan Rosenthal is indirectly but nevertheless deservingly to blame for this abominable RU Camden merger. I genuinely doubt it would be happening at all if Republicans controlled the entire State House, and I certainly don’t need Frank Lautenberg or the Department of Education to tell me that!