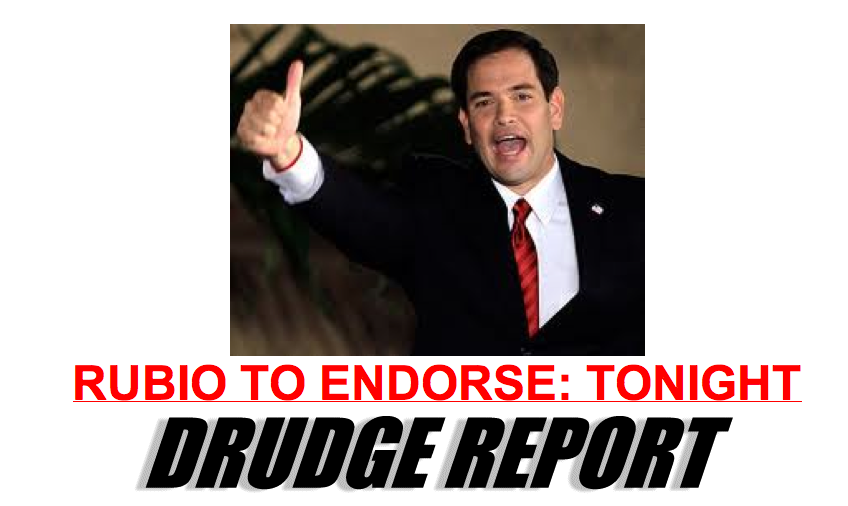 Senator Rubio did indeed endorse Mitt Romney tonight; and like your Blogger-in-Chief, Save Jerseyans, he believes a convention nomination battle would be a disaster for our party and the country: 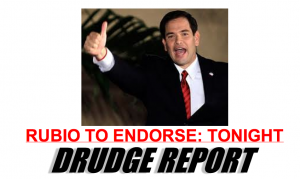 It’s the latest and biggest sign that this year’s presidential primary is mentally and emotionally over… for everyone except Rick Santorum, of course.

Rubio’s decision follows closely on the heels of an endorsement presser announcement from former President George H.W. Bush. His son, former Governor Jeb Bush (R-FL), already weighed in earlier this month around the same time as U.S. Senator Jim DeMint (R-SC) gave as close to an endorsement as he’s willing to give by saying he’s excited by the prospect of a Romney nomination.

Establishment (the Bushes) and Tea Party (Rubio & DeMint) leaders are ready to be done with this thing, Save Jerseyans. The delegate count is what it is. They can count just as well as you and I!

Let’s wrap this thing up and focus on Obama for the next seven months.

Do the right thing, Senator Santorum.