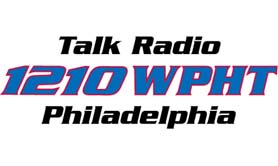 So tonight I will be making my second appearance on the Rick Grimaldi Show on Philadelphia’s CBS radio station, 1210AM. I am currently slated to join the show during its 10:30 time slot (but that is always subject to change, of course). Some of you who read daily probably think I am going on the radio to talk about the Rutgers Rowan Merger, since it seems to be my main focus as of late.

Tonight I will be talking Alabama, Mississippi, Hawaii and American Samoa. Thats right, tonight is all about Presidential politics and the GOP primary. While I have not been fully briefed on the program, I would imagine that we will be touching on Newt Gingrich’s “southern strategy” and how it has affected the race for the GOP nomination.

A little preview: the “southern strategy” will solidify Romney’s mathematical capture of the nomination. Want to know how? You’ll have to listen in!

If you don’t plan on driving around 10:30 tonight, head on over to WPHT radio’s website and hit the “listen live” button. And if you are in the car, switch your radio to 1210 AM.