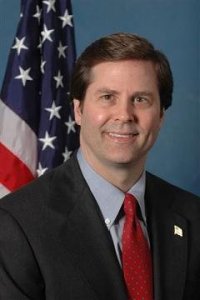 I know when you first saw that headline you probably though I meant George. Sorry Save Jerseyans, I didn’t mean to make your heart skip a beat. But honestly, this news is just surprising even if its not as meaningful.

I received a mass email from Rutgers-Camden Chancellor Wendell Pritchett yesterday linking to an op-ed in the Courier Post written by George Norcross’s younger brother, Senator Donald Norcross (LD5). Pritchett praised the Senator for his commitment to the “strong role of the Rutgers brand in Southern New Jersey.” I actually did a double take looking at my phone.

I know Senator Norcross has said this before. After Senate President Sweeney was nearly booed out of the auditorium at the Board of Governor’s meeting last month (which we covered more extensively than anyone else), Donald earned some applause when he made a suggestion that he supported Rutgers maintaining its identity. To be honest, I took it with a grain of salt. I will hold my final judgments for when the time comes to vote on whatever plan is eventually put forward (and that day will come, Save Jerseyans), but I do apologize to Senator Norcross for not initially taking him at his word. He is now on the record as being against the merger that his brother apparently wants.

Norcross advances a proposal that is largely supported, at least in principle, by Rutgers President McCormick and members of the Board of Governors. He would like to see Rutgers stay Rutgers, but to coordinate with Rowan in Camden to bolster each school. It is not a bad plan, I would be interested in know how it would actually work, but if legally and administratively feasible then it sounds like a great form of compromise.

The Senator also rails on Rutgers for neglecting the Camden campus for so long.

We have been cheated for far too long, and this neglect has jeopardized educational opportunities for our sons and daughters. The campus gets little return on the money it sends up the turnpike, surrendering nearly half of every tuition dollar to New Brunswick. Rutgers-Camden is treated like a cash cow while university administrators allocate more money to operate Rutgers’ athletic program than its entire campus in Camden.

It is true that Rutgers Camden receives a paltry share of funding from New Brunswick as compared to the rest of the University, and this is something that should be dealt with. It is most unfortunate that it took the near destruction of the school to bring that conversation to the forefront of the news, but sometimes that is simply how these things happen.

I commend the Senator for speaking out and I hope that he continues to actively support the students of Rutgers Camden who have fought along side us here at Save Jersey to stop this merger. But I also have my own theory.

Over the weekend the Philadelphia Inquirer had a short web posting by writer Kevin Riordan. In part it said,

Ferocious community opposition has politicos walking back from the proposed shotgun marriage of Rutgers-Camden and Rowan universities. The outrage even crosses what in a kinder, gentler era were called “party lines;” the brash young conservatives of Save Jersey are eagerly bashing the Rutgers-Rowan merger, which Gov. Christie supports.

I may have heard something about people in Trenton not expecting the backlash to be anything like it has been, but nothing more. So what could Kevin have been speaking of? Then the Norcross op-ed hit the Courier yesterday.

I don’t want you to get your hopes up Save Jerseyans, but we might be winning this battle. If more legislators down here begin to “walk back” on this issue, then we could see a modification to the initial proposal. Senator Norcross may just be testing the waters for the rest to jump in.

If you care about this issue, and based on the emails I get I know that a lot of you do, then don’t let up.

17 thoughts on “Save Rutgers: Norcross Now Against Merger…No the other Norcross”