Governor Christie: “Lou, Give the People Their Money Back…” (VIDEO) 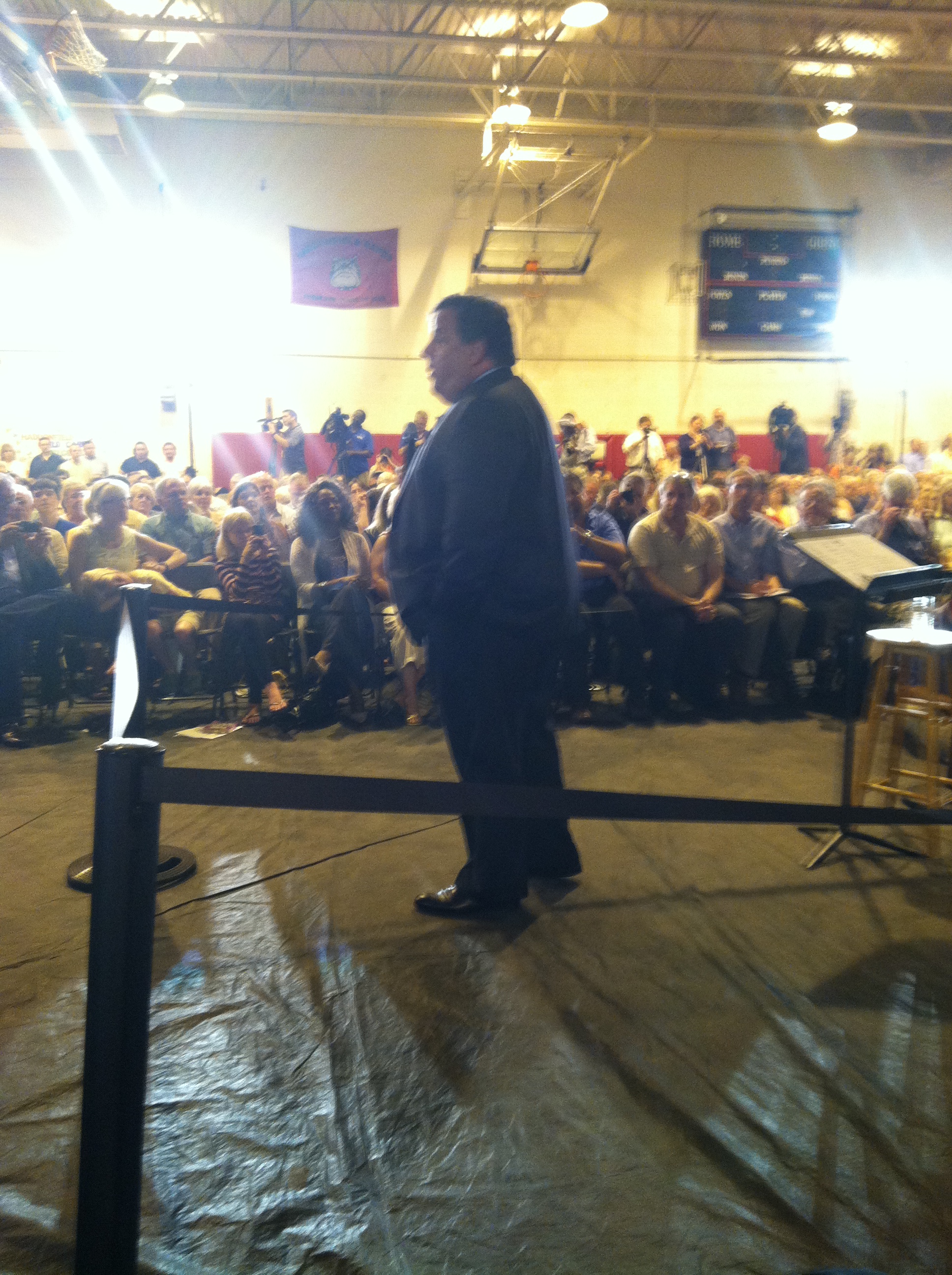 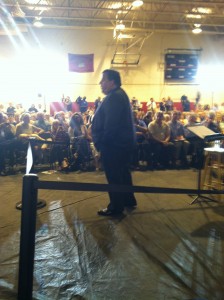 Wednesday was steamy in the Haddonfield Middle School’s packed gym, but the tough talk from Gov. Chrisite was even hotter.

Christie recalled his political roots in this Camden County historical town while shoring up his political future by blasting Democratic Assembly leaders.

Save Jerseyeans, the Governor is taking his case to the voters. At his 83rd Town Hall, he pushed strongly for his 10% cut in residents’s income tax in his proposed budget. The clock is ticking; 18 days remain for the legislature to pass the constitutionally mandated budget or face a government shut down.

With rock star swagger, the Governor, claming he is confident that the Senate Dems are in his back pocket on the tax issue, zeroed in on Assembly Majority Leader Lou Greenwald (6th Legislative District) in his own backyard:

The best audio if you can’t listen at work:

Lou Greenwald, Mr. local sales tax and income tax he’s our guy now you’ve got to put the pressure on him. You know Lou give the people their money back they can spend it better then you can. We need to empower the people in this state to have more of their own money cause I can guarantee one this the only way to ensure we don’t waste your money in Trenton is don’t send it in the first place.”

Ironically, the last time Gov. Christie was in Haddonfield was when he was endorsed for Governor on the steps of borough hall by Mitt Romney in 2009. They have both been on powerful trajectories ever since…

7 thoughts on “Governor Christie: “Lou, Give the People Their Money Back…” (VIDEO)”