The Return of Corzine Democrats… and Whitman Republicans 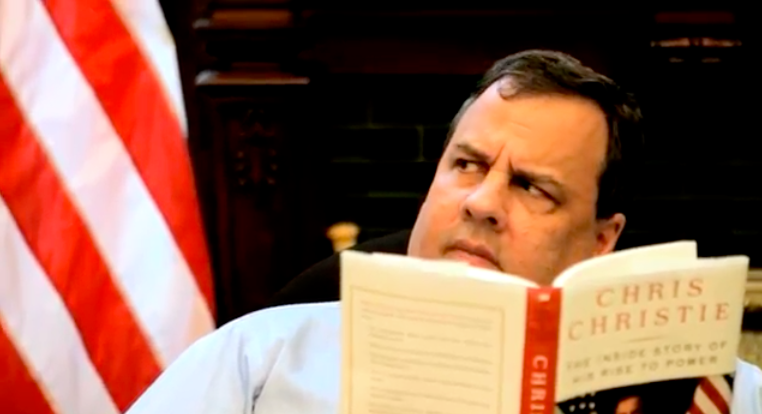 Governor Chris Christie has taken to the town hall stump declaring that the Corzine Democrats are back.

The governor will likely expand on the Corzine Democrats theme at his town hall meeting in Brick this afternoon, as he did last evening in his statement about the budget passed by the Democratic State Legislature yesterday:

With today’s budget, Corzine Democrats reversed course and sent a loud and clear signal that they want to go back to the eight years prior to my administration when taxes and fees were raised every 25 days. After two years without raising taxes, the only way to feed the Corzine Democrats’ obsession is to hold tax relief hostage. I will not allow New Jersey to go back to the same failed policies that nearly put our state over a fiscal cliff. Tax relief for our hardworking families is long overdue and that is exactly what I will continue fighting for.”

But the budget the Democrats passed doesn’t raise taxes once every 25 days. It doesn’t raise taxes any day. It also doesn’t reduce income taxes as Christie’s budget proposed. Nor does it reduce property taxes as the proposal that Senate President Steve Sweeney reneged on would have done.

The budget that the Democrats passed spends $400 million less than the budget Christie proposed.

Christie’s budget would have increased spending 8% with a phased in 10% income tax reduction. It relies heavily on one shot gimmicks and increased borrowing. Christie’s revenue projections, which the Democrats have acceptted, are based upon extremely optimistic assumptions that seem to have little grounding in reality. New Jersey’s economy would have to suddenly start growing faster than the rest of the country in order for Christie’s revenue projections to come close. That sounds a lot like the fiscal cliff that the Whitman/DiFranceso/Bennett Republicans drove New Jersey over in the 1990′s until New Jersey voters kicked them out of power in 2003.

Christie says he’s been governing in the boulevard of compromise between what he wants and what he can get without sacrificing his prinicples. As a candidate he said he would govern more like Reagan than like Tom Kean, Sr and Christie Whitman. He said the Republicans of the Whitman years were “miserable failures.” He said would make the tough choices and govern as a a one term governor. His first two budgets were consistent with those principles. This budget looks as though the boulevard has undergone a road widening project completed by laborers paid prevailing wage.

Christie started deploying his great compromiser strategy after the legislative reapportionment debacle in 2011. It seemed to be working with the pension and benefits reform, but it hasn’t been working lately. Sweeney reneged on his tax cut proposal and Christie can’t reshape the Supreme Court because the Democrats won’t confirm any of his nominees.

The ball is in Christie’s court now that the Democrats have passed a budget. Over the next five days before the State must have a budget or shut down, I hope Christie returns to his 2010 and 2011 self. Let’s have the long hot summer that Christie promised if the Democrats don’t cut taxes, but let’s also continue reducing the size of government, out of prinicple, if not out of economic neccesity.

Let’s cap State government growth at 2%. If municipalities can do it, the State can do it. Let’s have more prinicpled fights and less cruising on the boulevard. Please Governor, let’s not have the Jersey Comeback mean the return of Whitman type of governance. The Democrats are no longer compromising. Now they are playing you.

53 thoughts on “The Return of Corzine Democrats… and Whitman Republicans”