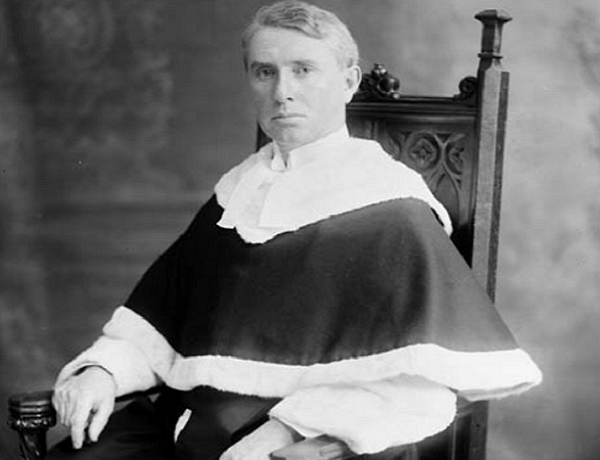 Never mind the 1% to 99% rhetoric that has worked its way into our lexicon since the Occupy movement moved into Zuccotti Park. With yesterday’s 3-2 decision that judges are exempt from New Jersey’s pension and health benefits reform, our State’s judiciary have declared themselves the .005%. They are the truly elite. The 400 of New Jersey’s 8.8 million citizens. They don’t have to share in the sacrifice.

What we did, the administration and the Legislature, was demand that everybody in public employment pay their fair share for the benefits they’re going to get like people in the private sector do every day. And I cannot believe that we’re going to permit one small sector of folks (to be exempt), who consider themselves special, and who by the way granted themselves this special treatment themselves. That doesn’t make any sense to me.’’

“If you’re a police officer, or a fire fighter, or a teacher in this state, and you’re paying more for your health benefits and your pension, I’ve got a feeling you’re pretty frosted if it turns out that a group of judges decides for the whole group of judges that they don’t have to pay their fair share.’’

Christie told NJ 101.5′s audience on his monthly Ask the Governor show last night that if the legislature puts a Constitutional Amendment on the ballot this fall, he will campaign for it. That will be the easiest campaign in the history of the world. There will likely be 3.9 million New Jerseyans voting on November 6. There are about 400 judges. If all of the judges got all of their family members and friends to vote against the Constitutional Amendment, would that add up to even 10,000 votes?

I don’t think so…

As Senator Joe Kyrillos said yesterday, “Judicial independence does not mean judicial supremacy and exceptionalism.” If the legislature acts by August 6, and it looks as though they will, the people of New Jersey will be sending the Judicial branch an overwhelming reminder that they work for us. In America, even in New Jersey, the people are Sovereign. “All political power is inherent in the people.”

Even though there is not much time, the legislature should consider recommending other changes to Article VI, Section VI of the State Constitution to the people, since we’ll be making changes to the clause anyway.

The Judiciary has given the Legislature an opportunity to make substantive adjustments to the .005%’s superiority and exceptionalism.

As Governor Christie told a Town Hall meeting audience in Garfield on May 2, it is extraordinarily difficult to hold judges accountable in New Jersey. Now would be a good time to make some changes.

If you agree, contact your legislators and the governor. Pass this column on and ask others to do the same. Time is short.