Did Ann and Chris Deliver??? 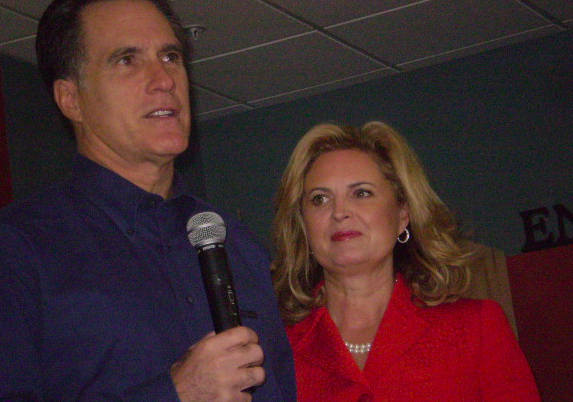 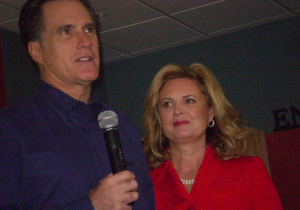 You know, I was still really fired up about the liberal response to Tuesday night’s speeches when I woke up Wednesday morning (Rachel Maddow, Chris Matthews – BLAH!), despite the fact that I was up for HOURS afterwards with a sick baby.  But why place focus on the negative?  Let’s talk about the positive.  Because I am a glass half-full kind of gal, and there is a whole lot to celebrate.

I definitely do not want to diminish the importance of speeches delivered by other prominent figures in the Party (Nikki Haley, Rick Santorum, Bob McDonnell), but there were two individuals that the country was counting on to really “get this party started.”  And the looming question was, “Would they succeed in their goals?”

She took center stage like a breath of fresh air.  She exuded confidence and had an amazing presence.  Looking radiant in a bright red dress (a fabulous color choice for blondes, by the way); she spoke from the heart about her husband and the start to their life together.  Things were not easy, it was not the “storybook” marriage perceived by so many.  But they had a strong foundation upon which to grow, and that is a necessary component of a successful marriage.  Ann also affirmed that they indeed had to deal with challenges as man and wife, mother and father.  But they persevered, and as a result, grew together.  Their ideals and values solidified them as a marital unit.

Ann also made very clear the fact that her husband worked tirelessly over the years to make their lives what they are today, and that he gives of himself continuously to help others attain their dreams as well.  She advised the public to let Mitt take the reins and lead our country back to greatness, employing the skills he has acquired over his life.  Her confidence in Mitt was genuine; her love was evident.

But did she achieve her goal of humanizing her husband and letting America in on who he is, as a husband, as a father, as a citizen, as a public servant?  She absolutely did, and with such grace and poise and sparkle.  Definite First Lady material.

Did her heartfelt words sway voters in Mitt’s direction?  Would an Independent woman voter be more likely to cast a vote for Romney after hearing her speak?  Let me put in these terms for you.

If a woman meets a new couple and really likes the wife, she is going to want to spend time with her.  And if that friendship is going to grow, the woman is going to want to get to know her friend’s husband as well.  So, if I meet Ann and love her, I am going to want to become friends with Mitt because if she is so great and she picked him, he must be pretty special himself.  I think that Ann’s speech will go a long way with women voters, and that is a very good thing because Romney needs to appeal to this demographic.

And what about our own fearless leader, Chris Christie?

He came out swinging, and he did not disappoint.  His energy was contagious and far-reaching.  Christie talked about the achievements made over the course of his first term with a bi-partisan government in our heavily Democratic state, which was expected.  Without mentioning his name, Christie tore Obama apart, highlighted his failures and decried the lack of leadership in the White House.

Christie was a rock star. He rallied the Party and demonstrated how the successes in New Jersey could apply on a national scale and really bring our country out from the depths of uncertainty, fear, distrust and weakness.  His honesty and blunt style is atypical of politicians, but they served his message well.  And that message was that we need cooperation in Washington and strength in the White House to take control of our future.

But did he win over any liberal Democratic voters?  Probably not.  However, I don’t think that was his intent.  It certainly was not something I expected.   Christie was there to pump everyone up and get them excited for changes that would be delivered by a Romney-Ryan administration. Should he have mentioned and endorsed Romney earlier during his speech?  Yes. Will it hurt the overall message?  I suspect not.

So overall, did he deliver for us, for the Party, for Mr. Romney?

Hell YEAH, he did!