FULL TEXT of the Condi Rice Speech to the RNC 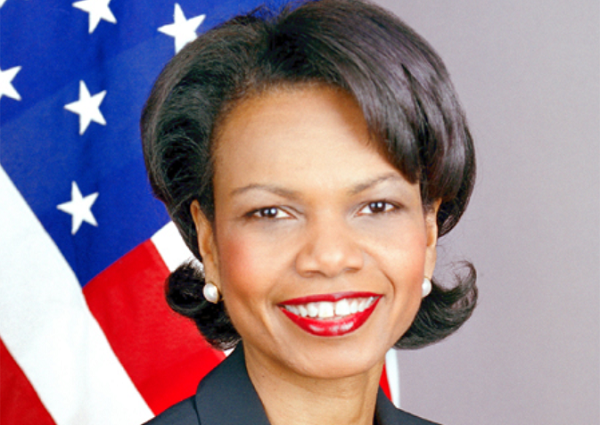 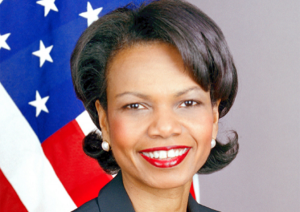 Just like last night with the Christie speech, we are bringing you the full text of Secretary Rice’s remarks tonight at the RNC in Tampa. Her speech is one that I personally have been looking forward to for a while now.

As you probably assumed, Rice puts a heavy emphasis on foreign relations in her speech as she makes the case for Mitt Romney to be the next President of the United States.

We gather here at a time of significance and challenge. This young century has been a difficult one. I will never forget the bright September day, standing at my desk in the White House, when my young assistant said that a plane had hit the World Trade Center – and then a second one – and a third, the Pentagon. And then the news of a fourth, driven into the ground by brave citizens that died so that many others would live. From that day on our sense of vulnerability and our understanding of security would be altered forever. Then in 2008 the global financial and economic crisis stunned us and still reverberates as unemployment, economic uncertainty and failed policies cast a pall over the American recovery so desperately needed at home and abroad.

And we have seen once again that the desire for freedom is universal – as men and women in the Middle East demand it. Yet, the promise of the Arab Spring is engulfed in uncertainty; internal strife and hostile neighbors are challenging the fragile democracy in Iraq; dictators in Iran and Syria butcher their own people and threaten the security of the region; China and Russia prevent a response; and all wonder, “Where does America stand?”

Indeed that is the question of the moment- “Where does America stand?” When our friends and our foes, alike, do not know the answer to that question – clearly and unambiguously — the world is a chaotic and dangerous place. The U.S. has since the end of World War II had an answer – we stand for free peoples and free markets, we are willing to support and defend them – we will sustain a balance of power that favors freedom.

To be sure, the burdens of leadership have been heavy. I, like you, know the sacrifices that Americans have made – yes including the ultimate sacrifice of many of our bravest. Yet our armed forces remain the sure foundation of liberty. We are fortunate to have men and women who volunteer – they volunteer to defend us on the front lines of freedom. And we owe them our eternal gratitude.

I know too that it has not always been easy – though it has been rewarding – to speak up for those who would otherwise be without a voice – the religious dissident in China; the democracy advocate in Venezuela; the political prisoner in Iran.

It has been hard to muster the resources to support fledgling democracies– or to help the world’s most desperate – the AIDs orphan in Uganda, the refugee fleeing Zimbabwe, the young woman who has been trafficked into the sex trade in Southeast Asia; the world’s poorest in Haiti. Yet this assistance – together with the compassionate works of private charities – people of conscience and people of faith – has shown the soul of our country.

And I know too that there is weariness – a sense that we have carried these burdens long enough. But if we are not inspired to lead again, one of two things will happen – no one will lead and that will foster chaos — or others who do not share our values will fill the vacuum. My fellow Americans, we do not have a choice. We cannot be reluctant to lead – and one cannot lead from behind.

Mitt Romney and Paul Ryan understand this reality — that our leadership abroad and our well being at home are inextricably linked. They know what needs to be done. Our friends and allies must be able to trust us. From Israel to Poland to the Philippines to Colombia and across the world — they must know that we are reliable and consistent and determined. And our adversaries must have no reason to doubt our resolve — because peace really does come through strength. Our military capability and technological advantage will be safe in Mitt Romney and Paul Ryan’s hands.

We must work for an open global economy and pursue free and fair trade – to grow our exports and our influence abroad. In the last years, the United States has ratified three trade agreements, all negotiated in the Bush Administration. If you are concerned about China’s rise – consider this fact – China has signed 15 Free Trade Agreements and is negotiating 20 more. Sadly we are abandoning the playing field of free trade – and it will come back to haunt us.

We must not allow the chance to attain energy independence to slip from our grasp. We have a great gift of oil and gas reserves here in North America that must be and can be developed while protecting our environment. And we have the ingenuity in the private sector to tap alternative sources of energy.

And most importantly, Mitt Romney and Paul Ryan will rebuild the foundation of American strength – our economy – stimulating private sector led growth and small business entrepreneurship. When the world looks at us today they see an American government that cannot live within its means. They see a government that continues to borrow money, mortgaging the future of generations to come. The world knows that when a nation loses control of its finances, it eventually loses control of its destiny. That is not the America that has inspired others to follow our lead.

After all, when the world looks to America, they look to us because we are the most successful political and economic experiment in human history. That is the true basis of “American Exceptionalism.” The essence of America – that which really unites us — is not ethnicity, or nationality or religion – it is an idea — and what an idea it is: That you can come from humble circumstances and do great things. That it doesn’t matter where you came from but where you are going.

Ours has never been a narrative of grievance and entitlement. We have not believed that I am doing poorly because you are doing well. We have not been envious of one another and jealous of each other’s success. Ours has been a belief in opportunity and a constant battle – long and hard — to extend the benefits of the American dream to all – without regard to circumstances of birth.

But the American ideal is indeed endangered today. There is no country, no not even a rising China, that can do more harm to us than we can do to ourselves if we fail to accomplish the tasks before us here at home.

More than at any other time in history –the ability to mobilize the creativity and ambition of human beings forms the foundation of greatness. We have always done that better than any country in the world. People have come here from all over because they believed in our creed – of opportunity and limitless horizons. They have come from the world’s most impoverished nations to make five dollars not fifty cents– and they have come from the world’s advanced societies – as engineers and scientists — to help fuel the knowledge based revolution in the Silicon Valley of California; the research triangle of North Carolina; in Austin, Texas; along Route 128 in Massachusetts – and across our country.

We must continue to welcome the world’s most ambitious people to be a part of us. In that way we stay perpetually young and optimistic and determined. We need immigration laws that protect our borders; meet our economic needs; and yet show that we are a compassionate people.

Let me ask you, though, today, when I can look at your zip code and can tell whether you are going to get a good education – can I really say that it doesn’t matter where you came from – it matters where you are going. The crisis in K-12 education is a grave threat to who we are.

My mom was a teacher – I have the greatest respect for the profession – we need great teachers – not poor or mediocre ones. We need to have high standards for our students – self-esteem comes from achievement not from lax standards and false praise. And we need to give parents greater choice – particularly poor parents whose kids – most often minorities — are trapped in failing neighborhood schools. This is the civil rights struggle of our day.

Mitt Romney and Paul Ryan will rebuild us at home and inspire us to lead abroad. They will provide an answer to the question, “Where does America stand?” The challenge is real and these are tough times. But America has met and overcome difficult circumstances before. Whenever you find yourself doubting us – just think of all the times that we have made the impossible seem inevitable in retrospect.

America’s victorious revolutionary founding – against the greatest military power of the time; a Civil War – hundreds of thousands dead in a brutal conflict – but emerging a stronger union; a second founding – as impatient patriots fought to overcome the birth defect of slavery and the scourge of segregation; a long struggle against communism – that ended with the death of the Soviet Union and the emergence of Europe, whole free and at peace; the will to make difficult decisions, heart-wrenching choices in the aftermath of 9/11 that secured us and prevented the follow-on attacks that seemed preordained at the time.

And on a personal note– a little girl grows up in Jim Crow Birmingham – the most segregated big city in America – her parents can’t take her to a movie theater or a restaurant – but they make her believe that even though she can’t have a hamburger at the Woolworth’s lunch counter – she can be President of the United States and she becomes the Secretary of State. Yes, America has a way of making the impossible seem inevitable in retrospect. But of course it has never been inevitable – it has taken leadership, courage and an unwavering faith in our values.

Mitt Romney and Paul Ryan have the experience and the integrity and the vision to lead us – they know who we are, what we want to be and what we offer the world.

That is why this is a moment – an election – of consequence. Because it just has to be – that the most compassionate and freest country on the face of the earth – will continue to be the most powerful!

May God Bless You – and May God continue to bless this extraordinary, exceptional country – the United States of America.