The 9/11 Attacks Viewed from Space 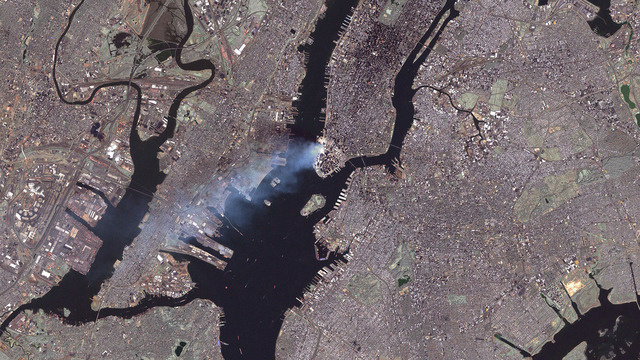 No matter how may times you see images of the World Trade Center taken on September 11th, 2001, they tend to silence and stun you. Everyone remembers where they were and what they were doing when they first heard that the towers had been hit.

On that day, NASA took images from space that give a perspective not often seen or considered. Even from outside Earth’s atmosphere, the magnitude of that day’s disaster can be seen with clarity (click the image to enlarge). 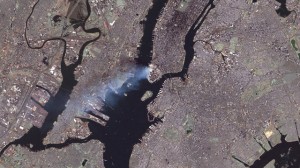 7 thoughts on “The 9/11 Attacks Viewed from Space”