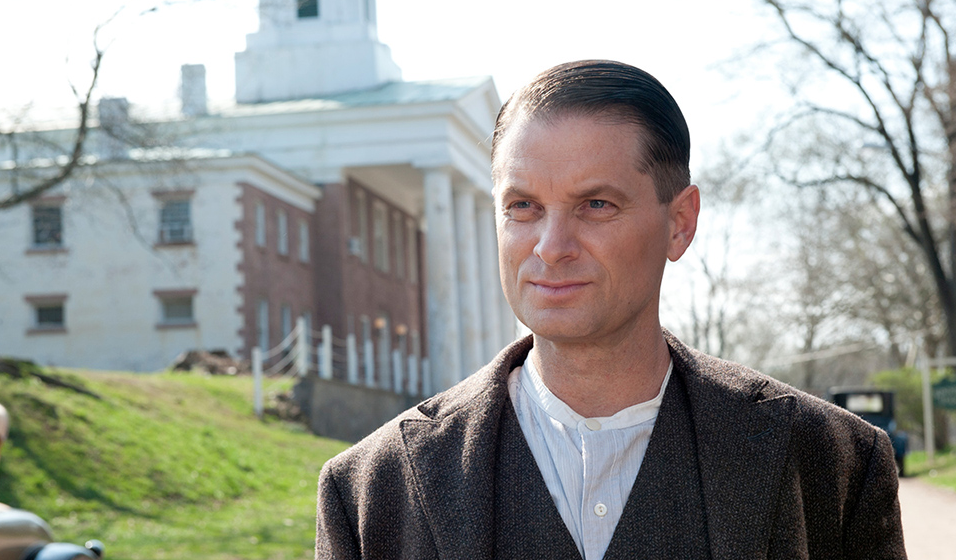 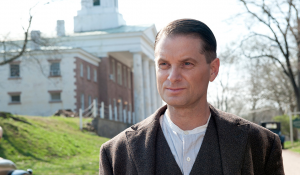 Things are heating up quickly on this season of HBO’s Boardwalk Empire, Save Jerseyans, and the focal point of Season 3’s animating crisis is a gas station in the fictional, backwater seaside town named “Tabor Heights, New Jersey” situated halfway between New York City and Atlantic City (presumably somewhere in Ocean or Monmouth Counties?).

Is a full-out mob war right around the corner?

Or can Nucky get himself pulled together in enough time to save the day and restore order to his empire?

I’m sure he will, but it’s going to take some work after this week’s events in an episode titled “Spaghetti and Coffee.”

Episode 3.2 finds Nucky Thompson a distressingly distracted boardwalk emperor. Yes, the Week One “mystery” surrounding Manny Horvitz’s brutal execution is on his radar (though the as-of-yet-unknown culprit, Richard Harrow, doesn’t surface at all in Week Two). Nuck also checks in with his always brilliant business partner Arnold Rothstein during a NYC trip and meets with Attorney General Harry Daughtery’s unnervingly cryptic “fixer,” Gaston Bullock Means, at which time he learns the true extent of the Justice Department’s crooked protection racket.

Nucky is nevertheless preoccupied by his new flame, performer Billy Kent, and whichever other lovers she may be “entertaining” on the side at any given time. In fact, Nuck appears to be suffering from a Tony Soprano-esque depression spell; there’s even one scene where he carefully examines a shaving razor before carefully placing it back in the medicine cabinet. Yikes! Is the darker, tortured Nucky who burned down his father’s house returning for an extended stay? A well-situated but lonely Margaret Thompson is still a woman on the outs; consequently, Nucky’s estranged wife is filling her days by stepping up her crusade to improve women’s health at the local hospital. 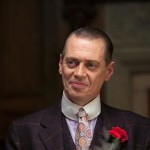 Unfortunately for Nucky, his attempt at bedroom self-therapy causes him to miss a critical telephone call from his top man, Owen Sleater, whose large illegal booze convoy headed north to one of Rothstein’s warehouses was intercepted by a volatile Gyp Rosetti and his gang in Tabor Heights. You’ll recall from last week’s episode that the uber-sensitive Gyp didn’t like Nucky’s new exclusive distribution arrangement with Rothstein. Well, this season’s tension-inducing antagonist took things to a new level by essentially taking over this critical refueling point connecting Nucky and Rothstein’s respective domains. Both men will have to figure out a way to deal with this epic power play as Season Three unfolds.

Also present at the Tabor Heights flash point is the returning Eli Thompson who is finally out of prison, looking very gaunt, yet seeming more resigned/defeated/tame than bitter in his newly-diminished role as an ordinary soldier for his ride home from prison, Mickey (someone whom he openly despises and is bound to clash with in the weeks ahead). Eli also finds out that his eldest son has been forced to work a physically-demanding job to support the former sheriff’s sizable family. A visibly concerned Eli tries to talk him into considering college now that he’s home, but it’s equally clear that his son’s faith in his ex-convict father has been badly shaken.

Elsewhere, fan-favorite Chalky White also made his season debut in a domestic storyline. We learn that Chalky has warmed up to his daughter’s medical student suitor from Season Two; his daughter, in turn, has adopted a contrary position (as teenage girls are prone to do) and soured on what she considers the “uninteresting” life that this marriage might engender. A harsh talk from Chalky and a particularly brutal encounter at one of Atlantic City’s black night clubs helps change her mind.

Richard Harrow wasn’t the only major character missing from the Week Two action. Former Agent Van Alden and the Chicago storyline were also on the back burner as the show’s center of gravity drifted to Tabor Heights. That’s the omnipresent challenge of Boardwalk Empire, Save Jerseyans… so many great characters and storyline that it’s virtually impossible to keep every ball in the air on a weekly basis within the confines of a 50-odd minute long episode. I don’t mind it; the depth and complexity of Nucky’s universe makes every episode delightfully unpredictable!