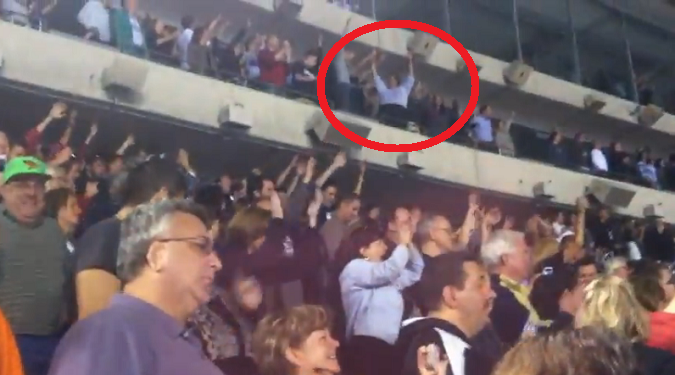 The love-hate relationship between liberal rock legend Bruce Springsteen and his biggest fan — Governor Chris Christie (R-NJ) — has persisted as one of the New Jersey media’s favorite storylines of the past three years.

The Boss has rebuffed numerous gubernatorial bipartisan overtures, but Christie boasts 129 Springsteen concerts under his belt as this July; he was at the same Labor Day 2012 concert that your Blogger-in-Chief attended in Philly, and according to the YouTube fan footage posted below, he most recently attended last Friday’s E-Street Band performance at MetLife Stadium. Arriving with a NJ State Trooper escort via the stadium’s loading docks, our Governor parties with the fans in his section and they seem to appreciate having him around!

And in case you missed it, click here to hear Governor Christie sing Thunder Road!