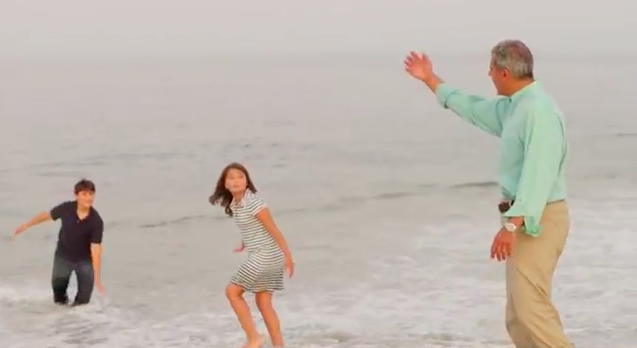 U.S. Senate Candidate Joe Kyrillos (R-NJ) is following Mitt Romney’s lead by trying to show voters his human side ahead of this fall’s election.

This latest ad is a “soft” Labor Day spot featuring familiar Jersey Shore scenes and playing up Kyrillos’s roles as a father, husband, and advocate for abused women.

Susan Kyrillos: “I’m Susan Kyrillos. My husband Joe is running for United States Senate. Joe is a different kind of Republican.  He fought to preserve our beaches and environment.  Joe’s a father.  He sees a world of possibility in our children, Max and Georgia.  Joe cares.  He’s been a leading advocate for organizations that provide safe haven for women who’ve fallen victim to violence.  He’ll always put us first.”

Senator Kyrillos: “I’m Joe Kyrillos and I approved this message.”

What do you think, Save Jerseyans? As always, we’re encouraging you to “grade” the TV ad in the comments section below.