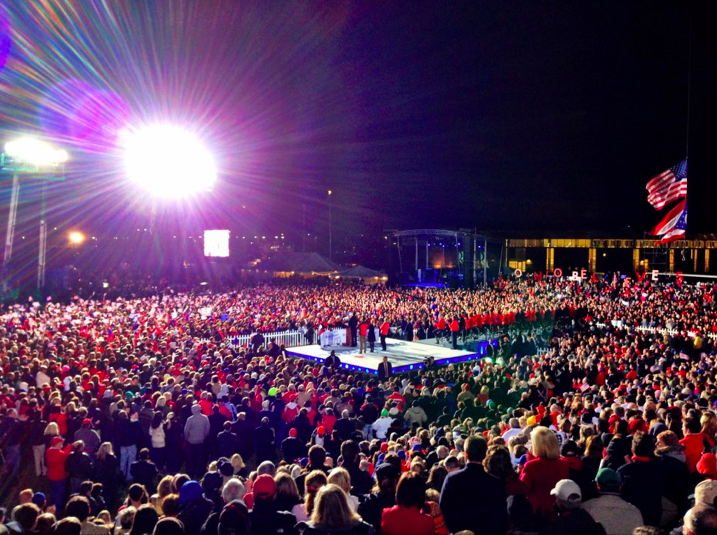 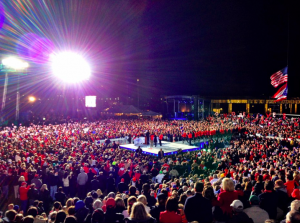 With the reelection of President Obama, conservatives everywhere have had their faith challenged. We believed that the nation had seen the error of its ways and would leave behind this gargantuan some call government.

Regardless of who loses the blame game, the truth remains that this election was a referendum on Obama and his Constitution-eroding big government policies.

That the nation wants more costly handouts and is blind to their consequences, both fiscal and constitutional, is the number one reason we conservatives must keep up the fight. Over 48% percent of the nation felt Obama had overreached; they objected enough to a coercive healthcare regime, the abrogation of the individual right of conscience, an extra-legal suspension of bankruptcy law (during the auto bailouts), failed stimulus, corporate cronyism, and shrinking Americanism abroad to vote for no one’s favorite candidate – Mitt Romney.

By the grace of God, the years ahead will be remembered as the time the economy truly rebounded. We will be able to look back and say that despite all of his horrid policies, Obama was not able to destroy the can-do American spirit of entrepreneurialism. But even if this was a likely scenario, the destruction Obama has already done to the Constitution would still be a reason to rally. And in the much more probable outcome that a weakened America and stagnant economy become the new normal, we have twice the reason to redouble our efforts.

Only 51% of voters cast their vote for Obama; unfortunately, they were in all the right places to win the electoral vote. Among them were no doubt party loyalists but also many who undoubtedly wanted to give Obama one more chance. It is these voters, the almost disaffected, whom we failed to reach from beyond the cacophony of Democrat demagoguery, and whom we must reach in every coming election – be it school board, municipal, for the state legislature, gubernatorial, or congressional. It is these voters who complain about tax hikes and yet because many believed we were trying to ban birth control, voted for Obama.

We must work on messaging but also methodology and we must never again be timid or self righteous in believing that our case is self-evident.

To do so is to travel a long road. One marked on occasion by elections but also by the in between of what has usually been complacency but what now what must become activism.

We must spread the gospel and engage our neighbors in a campaign of public education. We must bring speakers to our communities on a regular basis not just to preach to the choir but to challenge the unengaged in the back room at the bar, in the civic minded club, in the ethnic associations… even if it means challenging an Obama supporting intellectual to a debate to fill seats and reach the masses. We must propose ballot initiatives for transparent and smaller government and knock on doors for ideas not just candidates. We must invest in pioneering new ways to break the conservative message into the self-segregating silo’s that is new media. We must train activists of all ages not just in campaign schools but in how to articulate common sense positions and grass roots activism. We must watch, listen, and (when legal) record liberals both to study their methodology and also to hold them accountable for their comments and actions. We must reach out to the inner cities and urban areas, gathering what few conservatives we have there and giving them the tools and resources they need to communicate in their communities, grow in number, and put liberals on the defensive.

When the Obama administration abrogated the freedom of religion for the religious employer and the Catholic Church it was a common refrain in conservative circles that we all became Catholic. From this point on we must be evangelical. We have a gospel, free markets and free people, that 48% of the nation believe in and we have a goal: to increase this number in every election and every day in between.

For the future of our nation, now more than ever, keep the faith because it’s time we preach the conservative gospel.