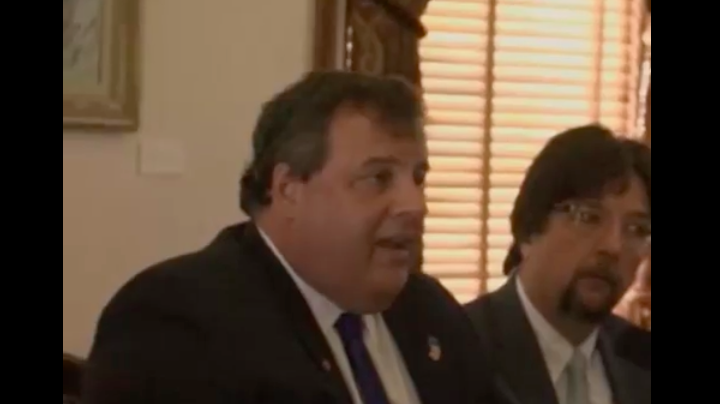 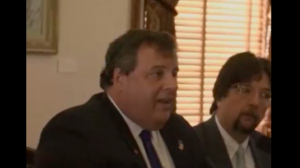 Governor Christie has vetoed legislation that would have established a state-run health care insurance exchange in New Jersey pursuant to the Obama Administration’s Affordable Care Act.

Even juicier? His decision was announced shortly after a face-to-face meeting with President Obama at the White House to discuss Hurricane Sandy aid.

In making his decision, Christie cited anticipated costs which we’ve discussed before here at Save Jersey. He also complained about an acute lack of information from the Feds in response to his inquiries:

We will comply with the Affordable Care Act, but only in the most efficient and cost effective way for New Jersey taxpayers. Such an important decision as how to best move forward for New Jerseyans can only be understood and reasonably made when fairly and fully compared to the overall value of the other options. Until the federal government gives us all the necessary information, any other action than this would be fiscally irresponsible…

“Thus far, we lack such critical information from the federal government. I will not ask New Jerseyans to commit today to a State-based Exchange when the federal government cannot tell us what it will cost, how that cost compares to other options, and how much control they will give the states over this option that comes at the cost of our state’s taxpayers.”

Christie vetoed a similar measure back in May 2012.

Christie specifically noted how “[w]hile the federal governmental has enabled states to apply for grant funding to cover some of the initial costs of such an endeavor, the total price for such a program has never been quantified, and is likely to be onerous. Without knowing the full scope of which Exchange option would be most beneficial and cost efficient for New Jerseyans, it would be irresponsible to force such a bill on our citizens.”

Click here to read his veto message accompanying the official veto of S-2135.

Here’s a breakdown from the Governor regarding question marks that gave him pause:

Federal Exchange Operations: The federal government has yet to present a structured blueprint for the design and operation of a Federally Facilitated Exchange and the technical details for its linkage to each state.

Federal Rulemaking: The last several weeks have trigged a restart of proposed federal regulations relating to the Affordable Care Act, guidance has come from Washington at an erratic pace, and there exists no predictable plan for future rulemaking.