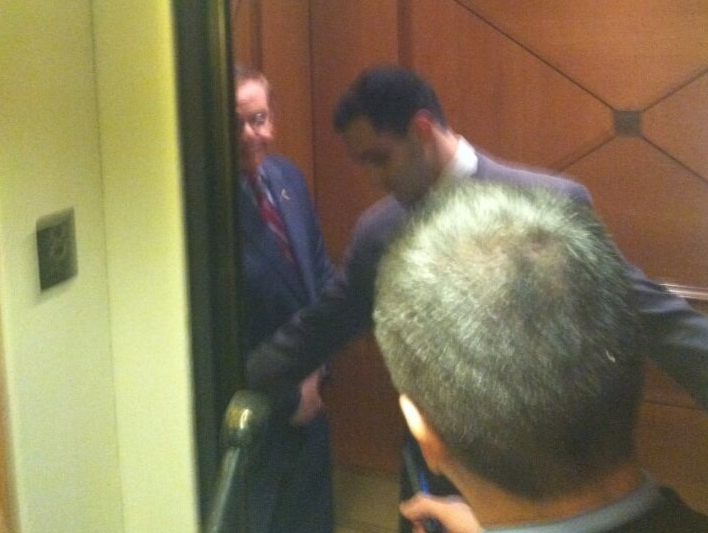 Senator Menendez Does His Best to Avoid Inquisitive Press During Long Day in Washington, D.C.

He’s feeling the heat, Save Jersey.

Dogged by allegations surrounding trips to the Dominican Republic, Senator Bob Menendez (D-NJ) put on a brave face to participate in today’s glitzy Chamber of Commerce dinner at the D.C. Marriot. Menendez and his staff have continued to deny any and all wrongdoing on the Senator’s part, but when confronted by reporters at tonight’s dinner, Menendez reportedly couldn’t escape into the elevator fast enough. The Philadelphia Inquirer’s Matt Katz (@MattKatz00) tweeted a couple great action shots.

Here’s the best one: 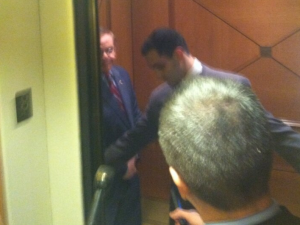 Apparently the elevator incident wasn’t isolated. According to several regional outlets, journalists have chased New Jersey’s Junior U.S. Senator all day, up and down I-95 in search of a comment but to no avail.