What’s Wrong with You People? 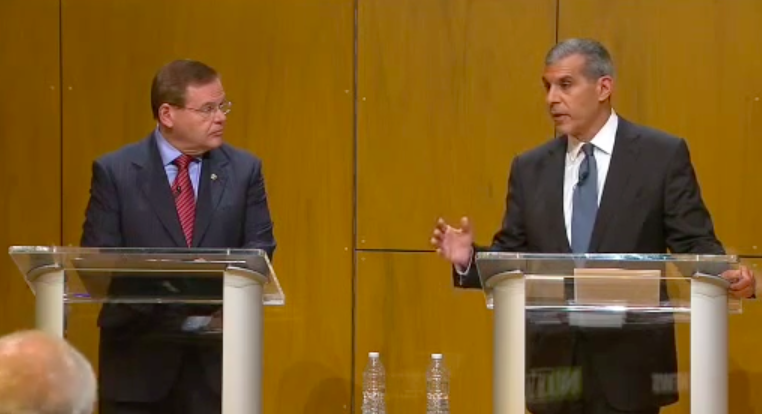 The allegations facing Bob Menendez are “looking worse and worse” every day, Save Jerseyans.

It’s a constant “drip drip drip” of ugliness such that even the liberal New York Times believes it’s time for a full-scale congressional investigation into the Democratic Senator’s activities (and for Menendez to step aside from his chairmanship until it’s allowed to run its course).

But let’s be honest with ourselves… he’s not going anywhere.

The hyper-partisan Democrat leadership is standing lock-step behind their boy and, back here at home in the Garden State, apparently no one is paying attention. Or more accurately, not nearly enough New Jersey voters are engaged to develop a meaningful consensus against this creep.

The disturbing key findings from the Monmouth Polling Institute:

Two thirds (68%) of New Jersey voters have heard about Sen. Menendez’s trips to the Dominican Republic on a donor’s plane. However, few have formed an opinion on Sen. Menendez’s involvement in any potential illegal or unethical activity. Just 24% believe he was involved in wrong-doing while 11% say he was not. Another 65% don’t know enough to form an opinion or have not heard about the issue at all.”

Currently, 41% of Garden State voters approve of the job Sen. Menendez is doing, 31% disapprove and 28% have no opinion. These results are similar to prior ratings over the last two years.”

Need to be harsh with you for a moment, folks. I already have serious reservations concerning the character (and yes, intelligence) of anyone who has consistently followed this story and doesn’t at least agree with NYT‘s conclusion.

If you’re not following this story at all? Utterly pathetic, people!

And I can guarantee you something without knowing the folks who participated in this poll: many of the disinterested citizens in our midst are the same ones who complain about their property taxes but don’t get involved and regularly quip “they’re all the same” whenever politics surfaces in causal conversation.

Get off your asses and get in the game, New Jerseyans, or you’re going to lose your state and your country, too. It’s that simple. Your alleged disdain for corrupt, unethical, petty, anti-taxpayer politicians becomes a self-perpetuating prophesy when you refuse to engage the process and hold them accountable.

14 thoughts on “What’s Wrong with You People?”