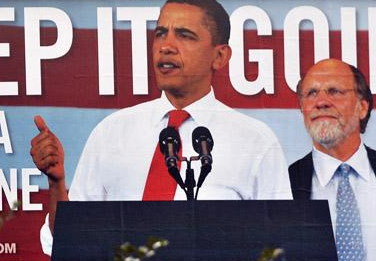 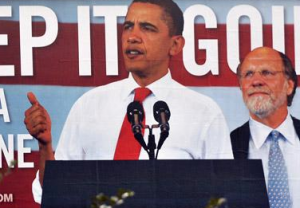 There was one moment last night when I knew President Obama’s State of the Union speech would be an unredeemable disaster, Save Jerseyans.

It happened when he endorsed the New Jersey Democrat minimum wage hike, also tethered to annual cost of living index increases, but  with an extra 50 cents per hour thrown in just for good measure.

Did you hear a discernable roar outside when he said it?

That was small businessmen across America witnessing their payroll costs balloon to unsustainable levels!

Can you blame them? They know firsthand exactly how badly the President’s premise is off-the-mark.

The vast majority of minimum wage employees either (1) rapidly earn wage increases or (2) represent a secondary household income. In other words, very few families rely on the minimum wage.

What’s more, all available statistics, common sense and the cumulative experience of business owners demonstrate how minimum wage hikes are always counterproductive insofar as they inevitably lead to decreases in minimum wage jobs and shifts…

Please tell me: what good is a higher mandatory wage if there are less minimum wage jobs available? Will making labor more expensive help the 46.2 million living below the poverty line or the 1 in 7 Americans collecting foodstamps? How about the 17.5% unemployment rate among young folks, a group which disproportionately earn minimum wages?

I’ve yet to hear a satisfactory answer from any liberal backer.

Unfortunately for the country, satisfactory answers aren’t required if it’s a liberal pitching the proposal. No one is asking hard questions inside or outside of the media. Republicans with platforms aren’t disputing the flawed premise that minimum wages help elevate workers’ standard of living. This is 100% about politics, folks, and the President’s endgame isn’t helping “working families” with his proposal anymore than Trenton Democrats really expect to help the middle class with their proposal. Middle class incomes have decreased over the past four years!

His true aim? Obama is betting that House Republicans will reject his suggestion, enabling him to score political points by accusing the GOP of “siding with the wealthy.” Similarly, unimaginative Trenton Democrats plan to post a minimum wage hike on the ballot this fall (one that is likely to pass) in order to drive their base’s November turnout after the Republican Governor’s recent veto.

It’s cynical, destructive class warfare at its worst. It also works. Granted, the end result would be a disaster for America’s already-anemic private sector. But Obama and his Democrat cohorts might just get away with it if Republicans don’t find the will and the words to fight back. Don’t say I didn’t warn’em.