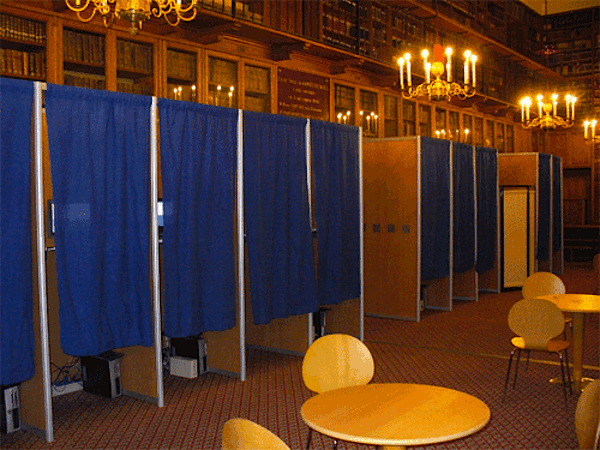 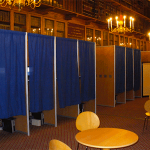 As a democracy we are privileged to have the ability to vote for those we want to represent us. There was a time when only white men who owned property could vote, then the Fifteenth (15th) Amendment of the Constitution gave black citizens the right to vote and then the Nineteenth (19th) Amendment gave women the right to vote.

Our ancestors before us fought for these rights and today a lot of people seemingly take them for granted. The question becomes “have Americans lost the passion to vote” and is it necessarily a bad thing?

I decided to study the presidential elections of 1988, 1996 and 2004 in an effort to try to answer just that, Save Jerseyans…

First we will start with the presidential election of 1988. During that year, the Republican nominee George H.W. Bush was running against the Democratic candidate Michael Dukakis. Mr. Bush chose then-Senator Dan Quayle to be his running mate and Mr. Dukakis chose then Senator Lloyd Bentsen to be his.

The aggregate voter turnout for the 1988 presidential election according to the United States Voter Project (2013) was as follows: there were 200,929,000 people in the United States who were able to vote. Out of those 200,929,000 people, 126,379,628 of them registered to vote. Out of those who were registered to vote, 91,594,693 of them actually voted during the general election for President. That means 50.1 percent of the voter age population did go out and vote.

In comparison to the years that followed and preceded this election the turnout was very low. During that particular election, “the Republicans were in the enviable situation of running during a time of relative tranquility and economic stability” (“Presidential Elections”, 2013). This generally has a lot to do with the outcome of an election. Prior to the election of 1988, the President was Republican Ronald Reagan and he was very popular. It was in a sense a “shoe-in” for another Republican candidate and that may have affected the decision of people deciding to go out and vote. There was no real turmoil in the United States and the need to vote was not as great as it was in previous years. They felt at ease with another Republican President at the helm and did not want to change it.

In regards to the demographic effects of this election, there were more middle aged white citizens who came out to vote as well as those who lived in the South and Midwest. “The rapid increase in Southern voting rates is due in large part to the Voting Rights Act of 1965, which brought many formerly disfranchised black voters into the electorate” (Fullerton & Borch, 2008). The Voting Rights Act of 1965 enabled more black Americans to vote because it eliminated discrimination from the voting registration process.

The aggregate voter turnout for the 1996 election was as follows according to the United States Voter Project (2013): during that year 196,511,000 people in the United States were at the age to vote. Out of the 196,511,000 people who were of age to vote, 146,211,960 of them registered to vote. Out of the people registered to vote 96,456,345 people actually did vote. This equated to 49.1 percent of the population able to vote did vote. The voter turnout was a lot lower than the average voter turnout which is generally around 50 percent. It was even lower than the 1988 presidential election turnout which was 50.1 percent.

In the article entitled The Politics of Participation: Mobilization and Turn over Time (2002), the vote may have been impacted because the campaigns were not reaching out to the right people during the Get Out The Vote (GOTV) push in the last few days of the campaign. It has also been stated “targeted high quality GOTV efforts could raise voter turnout in this country” (Goldstein & Ridout, 2002).

Other factors that may have come into play for this election were the fact that Clinton “carried a mere four Southern states, signaling a decline in Southern support for Democrats who historically could count on the area as an electoral stronghold” (“Presidential Elections”, 2013). Another factor in 1996 was the reality of more and more commercialized means of voter contact being used versus the previous means of supporters going door to door talking face to face with people and encouraging them to go out and vote. More money was being raised and it was being spent on robo-calls and mass mailings.

In regards to sociological factors, “whites were 3 percent more likely to vote than the national average in 1996, while blacks were 7 percent less likely to vote. Turnout among Hispanic voters during that same year was far lower” (Medvic, 2010). This raw turnout would have been even less if the National Voter Registration Act of 1993 was not imposed that all. The National Voter Registration Act allowed people to register when they were applying for or renewing their driver’s license and when they applied for social services.

The aggregate voter turnout for the 2004 presidential election according to the United States Voter Project (2013) was as follows: in 2004, there were 221,256,931 people of age in the United States to vote. Out of those 221,256,931 people, 174,800,000 people registered to vote. Out of those registered to vote, 122,294,978 of them did vote which equates to 55.3 percent of the people who were of age to vote did vote in the general election. The voter turnout is higher than the normal election turnout which is on average roughly 50 percent of the people who are of age to vote actually did go out and vote.

It is said that the turnout rate was affected by the fact the nation was at war. According to Herbert F. Weisbery in his article entitled Electoral Democracy during Wartime: The 2004 U.S. Election, “national security issues can affect election results, while meaningful elections bolster our legitimacy in seeking international partners on security matters” (pp 144). The election also allowed people to come out and show their support or dislike of what then-President George W. Bush’s handling of the war in Iraq and other security issues since the terrorist attacks on September 11, 2001. The voting date itself of November 4, 2004 was also questioned because of possible terrorist attacks and it was suggested the date be changed but this idea was shot down. Post-September 11th 2001 was a time when the United States was very uneasy and everyone was concerned about the war on terror and the unrest in the Middle East. It was a time when voting was brought back into the forefront and people felt they had control over their destiny. This was why the voter turnout was the way that it was during the Presidential election of 2004.

At the same time, in 2004, they were testing touch screen voting versus paper ballots. This was well known when there was an issue in Florida with the new system. It was said that the new technology might be difficult for urban-based minorities who were not associated with computers and other means which was found to be accurate in counties with a large share of Hispanic residents. There were also allegation that extensive cheating went on with the new systems and it was found “between 2000 and 2004, the Republican vote share increased more in countries that adopted touch-screen voting than in countries that did not” (Card & Moretti, 2007) it was not substantial enough to say it was voter fraud.

Another issue which arose in the campaign was the change in campaign laws which were enacted in 2002 by the Bipartisan Campaign Reform Act. The Bipartisan Campaign Reform Act was passed in an effort to stop the use of soft money. “The new law required that if an ad airs within sixty days from a general election and thirty days of a primary and mentions or depicts a candidate for federal office, it must be paid for with hard money” (Medvic, 2010). This was in an effort to control a contender from out spending their rival.

The similarities in voter turnout in regards to the presidential elections of 1988, 1996 and 2004 elections, simply put, are found in the fact that American citizens tend to go out to vote when they felt there is an urgent matter facing their country such as war or terrorism. If voters feel the government is not doing a good job or there is an active war bearing on their minds, then they will go out and vote. The opposite also applies; if they feel the current administration is doing a good job or if the United States is calm then they will abstain.

With that being said, can we definitively predict whether voter turnout will decrease or increase in the future? Again, it all depends. It depends on an individual’s sense of urgency to vote or if they feel those in charge are doing a good job to begin with. This analysis can be narrowed down further to events on Election Day itself and not necessarily what is done during a President’s earlier term and it can be further exacerbated by efforts of the media to portray one instance or another in hopes of bringing out the vote or suppressing the masses. It is all up to self-examination, the knowledge of the voting public and the job currently being done by the Administration. It is evident the population as a whole has to be motivated to partake in voting and what it simply comes down to is if going to the polls is worth their time or if they feel compelled to do so that given year. Those who will have the greatest impact in the voting percentages have to be compelled themselves to vote because politicians cannot physically manipulate their hand to cast a vote either way.

In conclusion, after studying the presidential elections of 1988, 1996 and 2004,  there is no proven way to get a person to go out vote. It is dependent on the country’s condition at the moment, if the voters are satisfied with the current administration, and possibly new GOTV/technological methods which are implemented to make voting easier. So it could be said that “voter turnout” is neither a good or bad thing. It just depends on the circumstances. Who turns out remains the better question.

3 thoughts on “Unconcerned By Voter Apathy”