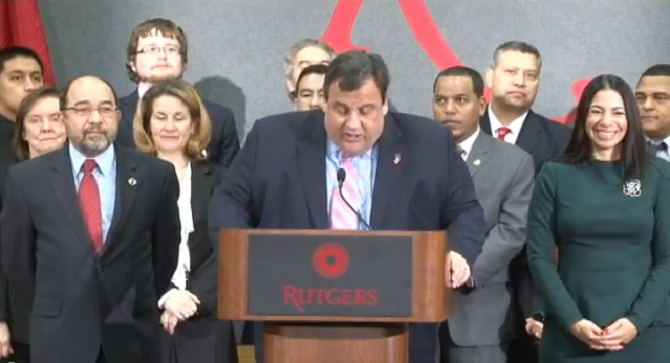 You probably enjoy The Onion as much as I do, Save Jerseyans. Yesterday’s lead satirical headline?

Funny in a dark kind of way.

But it also got me thinking, and that’s the primary objective of satire, right?

Yes, if the video of former coach Mike Rice’s Rutgers basketball practices is an accurate representation of his coaching style, then RU’s leadership probably made the right decision yesterday afternoon. That’s an uncontroversial conclusion. Let’s still do our best to keep things in perspective; he’s not accused of murder, or terrorism, or perpetrating any of the stuff on Jerry Sandusky’s rap sheet!

Rice essentially stands accused of doing the one thing that contemporary American culture stigmatizes more than the stuff mentioned above or even… gasp!… drunken driving: it’s called bullying. Slate is already calling him “the Basketball Bully.” Creative.

I can’t help but think our priorities are a little messed up on this point, America. Consider how the national media and the politicians who seek its attention are tripping over themselves to condemn Mike Rice but have said virtually nothing about the monstrous allegations in the ongoing Philadelphia abortion doctor trial. Am I the only one who notices a strange disconnect concerning what outrages modern Americans? And what doesn’t? I suspect not at least among Save Jerseyans.

Of course my observation isn’t shared with you because of sympathy for Mike Rice, mind you, but rather due to my own instinctual distate for hyper-emotionalism in the public sphere. Can I get an amen?

5 thoughts on “Rice’s Firing in Perspective”