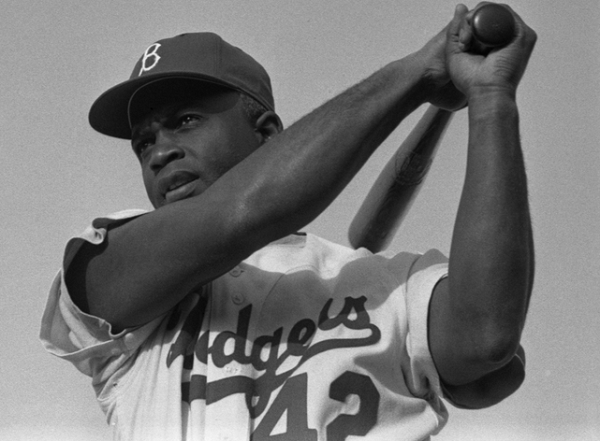 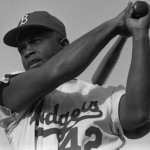 I saw the movie “42” last week and enjoyed it immensely. As an “old school” baseball fan, I have read countless accounts of the Jackie Robinson story and found this latest version to be quite factual as well as highly entertaining.

In fact, I would like to see “42” become mandatory viewing for young athletes regardless of their skin color. All Americans – young and old, athletic and sedentary – need a refresher course of what life was like during segregation. Just as importantly, we all need to be reminded of the courage that Jackie Robinson displayed and the sacrifices he and his wife Rachel made to help integrate our society.

However, what I don’t think we need are more quotas based on race, gender or any other classification. Not in baseball, not in college admissions and not in hiring practices.

In a recent editorial, former Major League Baseball commissioner Faye Vincent lamented the low percentage of professional ballplayers that are black. Having reached a peak of 19% in 1995; that number stood at just 8.8% in 2012.

To which I say, so what?

Because during that same time frame, the percentage of Latino baseball players rose from 19% to 27.3% and included two of the best hitters of their generation – Albert Pujols of the Angels and Miguel Cabrera of the Tigers.

The percentage of white (61.2%) and Asian (1.9%) ballplayers remained relatively constant over the same period.

In other words, black athletes have chosen to play other sports – we’ll get to that point in a minute – while Latinos have seemingly gravitated to baseball.

Last season, Major League Baseball boasted players from 15 different countries and territories. When the 2013 season opened, there were 89 players from the Dominican Republic and 63 from Venezuela in the majors.

With international players now comprising 28.4% of all big league rosters, there is no doubt that baseball has become a truly international sport.

And yet, while trumpeting that fact as part of the World Baseball Classic, MLB continues to pour millions of dollars into programs such as Reviving Baseball in Inner Cities (RBI) and the Urban Youth Academy (UYA) in an effort to increase the number of black major leaguers.

Commissioner Bud Selig recently convened the first meeting of a 17-member diversity task force that will study and address the issue of on-field participation by African-Americans in Major League Baseball.

That sounds noble and well-intentioned – but is it really necessary?

The RBI and UYA programs have combined to generate only a small handful of big leaguers. In 2011, there were just eight graduates of the RBI program on Major League rosters – out of a total of 856 players.

Yes, the lack of inner-city opportunities to play baseball is a problem. However, evidence seems to point out that if MLB wants to see more black players, it should look into the relative dearth of college scholarships for baseball.

According to relief pitcher LaTroy Hawkins, who is black, the main problem is that NCAA Division I baseball programs offer so few scholarships compared with other sports.

“Kids in the inner city play basketball and football, because they give out full scholarships and parents don’t have to worry about anything,” Hawkins said. “In baseball they give out quarter scholarships. That’s what needs to change.

Is Hawkins right? Let’s look at the NBA and the NFL, and then you decide.

To which I again say, so what?

Like most fans, I could care less about the skin color of the players on my favorite team. All I want them to do is win.

It doesn’t matter to me if the best player at his position is black, white, Latino or Asian. As long as he can help my team get a “W”, who cares?

I greatly admire Commissioner Vincent. During his brief tenure, he displayed wisdom and integrity, and had the courage to stand up to the owners.

Unfortunately, he got fired for doing so.

In my opinion, Major League Baseball would have been far better served with more Faye Vincent and less Bud Selig.

7 thoughts on “No More Quotas Needed”