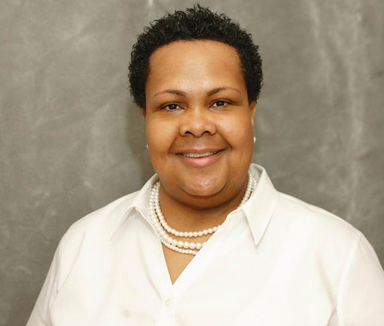 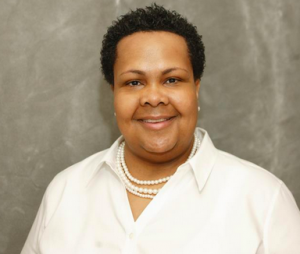 In my efforts to introduce candidates to the voting public, Save Jerseyans, I started a weekly column called Meet the Candidates. In essence, it is a past day stump speech updated for the virtual world.

Since this is the first week of summer, I am officially writing this article from Long Beach Island! I would like to take a minute and point out many houses have yet to be touched since the hurricane and I wish the owners of same a speedy recovery and hopefully everything will start falling in place soon so they can rebuild.

For this week’s column I would like to introduce you to an Assembly candidate from the 15th District and her name is Kim Taylor. I had the pleasure of talking to Kim many times when I lived Mercer County and she is definitely a lady on a mission and, to date, I have yet to meet someone so compassionate about children in failing schools and what influence gangs have on young kids.

Kim Taylor is a native of Trenton and a longtime resident of Lawrence Township. She obtained an associates degree in Applied Sciences from Mercer County Community College and a Bachelor of Science, Business Administration/Global Leadership with a Minor in Women’s and Gender Studies from New Jersey City University. Currently, she is serving as the Commissioner for the Trenton Housing Authority Board, a post to which Governor Christie appointed her back in 2011.

My interview with Assembly Candidate Taylor is below the fold…

Sanders: Some may not know Governor Christie appointed you to the Trenton Housing Authority board in 2011. Do you feel your experience on the board will help you if you are elected? Why or why not?

Taylor: Through my volunteer work as an appointed Commissioner, I continue to serve the community and the residents of Trenton, Mercer County, and the State of New Jersey by doing my part to safeguard the resources the public invests in public housing and community development. I see this appointment as an opportunity to serve and another way to participate in making government more effective and efficient. Having grown up in the City of Trenton, my appointment to the Trenton Housing Authority by Governor Christie is a double honor. Throughout all of my community endeavors I always strive to be part of the solution and seek to build up the communities I serve. The role of a Housing Authority Commissioner carries a lot of responsibilities as well as opportunities to contribute to the growth of the local community and regional economy. Housing is such a critical issue but it also encompasses other important concerns such as education, employment, economics, and urban growth. I believe that my work as a Commissioner of the Trenton Housing Authority compliments the professional experience I possess and resonates with my other community involvements.

Sanders: Back in 2009, you had an unsuccessful run for Assembly. What do you think went wrong last time and what do you plan on doing differently this year?

Taylor: I may not have won an Assembly seat in 2009, but my 2009 campaign was not unsuccessful. Being a candidate for office should never only be about winning of seat. If one wins the seat (and I always work to win), all the better and I certainly hoped and worked to do so. But I understood the process is about something bigger: it’s about engaging voters, making them aware that they have options, making them aware of what their options are, motivating them to become informed voters, and sharing the broader message of reform that has characterized Governor Christie’s ongoing transformation of state government. Every election is different even though there are campaign principles that apply across elections. Of course from a technical standpoint, one can review voter turnout and other data and identify strategies for the next time, but overall I know we ran a solid campaign and effectively got our message out to voters the best we could and benefitted from using innovative ways to communicate directly with voters. As an example, voters today can still can visit the blog I created in 2009 that shows the breadth of issues to which we spoke. In 2013 we take the lessons learned in 2009 and adapt them to the current moment in time, striving to win the seat and achieve the broad goals, too. The best way voters at large can help the effort is to help us become known by other voters, by telling family, friends, and neighbors why they support us, why we deserve their votes, and how their communities will be better with our representation.

Sanders: What are your greatest legislative or personal accomplishments thus far?

Taylor: Personally speaking, I always take great pride in my educational achievements. I believe strongly that education is key to opportunity on every level. Beyond that, I am very happy about many of my involvements in the community and the things that, working collaboratively and serving independently, I have been a part of accomplishing. Whether it’s been formal accomplishments like adding the sustainability element to the Lawrence Township Master Plan as a member of the Planning Board or contributing to the direction of long-term projects of the Trenton Housing Authority or becoming a member of the national board of the Log Cabin Republicans, each and every endeavor provides an opportunity for me to serve the community and I am proud of the good things that come about through these initiatives.

Sanders: Some conservatives are upset about Governor Christie’s stance on gun reform. Do you agree with the Governor? Why or why not?

Taylor: Gun control is always a controversial and emotional issue. Gun violence in cities is a particularly troubling problem that needs to be addressed aggressively. But the reality is that legal guns, guns owned by responsible gun owners, are not the big problem: its illegal guns used by criminals. So any regulation and legislative reform measures need to have these realities at the center. The dialogue in Trenton about gun control is ongoing so I won’t at this time speak to specific proposals. I will say that I believe strongly in the Second Amendment and believe that government regulation needs to be balanced and focused on the real problem, not the politically effective responses that the Democrats in the State Legislature tends toward. Gun control, public safety, and preservation of the second amendment are not partisan issues; they are complex challenges as we see on the national level with people like U.S. Senator John McCain calling for stricter gun laws. Tightening the controls on law abiding gun owners will not deter the real problem; addressing illegal gun activity by criminals is what is required. In the end, I believe that the reforms the Governor endorses and signs into law will seek such balance and strive to focus on real-life, long-term solutions.

Sanders: If your constituents wanted to reach out to you and ask you questions about your positions or how to volunteer on your campaign, how can they reach your campaign?

Taylor: I always make myself available to the community whether it’s campaign time or ordinary time. The best way to reach me is via email or via cell/text (609/658-3708) although I have also been approached at the market and while out running errands. I always make time to listen to and hear the concerns of my constituents. I am also on Facebook and Twitter where residents can reach me as well.

Sanders: In a short brief statement, please advise why your constituents should vote for you and what you wish to accomplish if you win?

Taylor: When one is a candidate running for office against long-term incumbents, the strategic question comes up whether to put forth your qualifications or focus on your opponents’ records. I believe the fairest thing is to give constituents both sets of information.

I have over 20 years’ experience in public finance, a really crucial area of expertise for a legislator today. In my 20 years working in the Hunterdon County Treasurer’s Office the County had one of the best ratings among New Jersey governmental agencies. The legislature today is sadly lacking such financial expertise and to really turn things around we need to have more legislators with financial and business administration backgrounds. We need legislators who will work with the Governor on necessary reforms and yet who will have the integrity to be a self-critical voice of reason when appropriate and not merely tow a party line over the best interests of the people and this State. In addition to my professional background in public finance, I have experience in the banking, legal, and non-profit fields, all of which contribute to the assets I will bring to serve as a Member of the General Assembly elected by the voters of the 15th legislative district.

The current incumbents — Bonnie Watson Coleman and Reed Gusciora — have served in the legislature for a long time and unfortunately have become professional politicians rather than remaining elected public servants. Although they try to distance themselves from their own records, they have consistently voted for increased taxes on the middle class and regularly prefer to practice partisan politics by promoting feel good band aids rather than long-term solutions to too many of New Jersey’s most pressing and persistent issues. They tend to rely on their urban base, not fixing Trenton’s problems but providing good sound bites, while ignoring the fiscal realities that confront their suburban and semi-rural constituents. For example, Assemblywoman Watson Coleman criticizes the Governor at every turn possible and rigidly refuses to find common ground on issues that could be addressed effectively and promptly in a non-partisan/bi-partisan way. Furthermore, we have a newly mapped legislative district with the addition of municipalities both in Mercer and Hunterdon Counties yet Watson Coleman has elected to serve as State Senator Barbara Buono’s statewide gubernatorial campaign manager rather than focus her time and energy on our legislative district.

The residents of the 15th legislative district deserve legislators who will keep their concerns as the number one priority of their term, who will stay focused on long-term solutions and not feel good band aids, and who will be accessible and responsive to the average citizen and the communities they are sworn to serve.

If you are a candidate and interested in being a part of my weekly Meet the Candidates article, Save Jerseyans, please email me at nikisands3@hotmail.com.