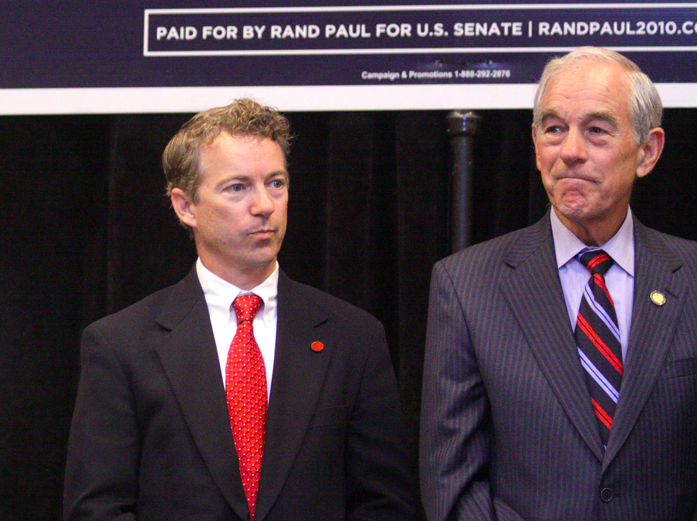 Oh boy. In one of his more ideologically-revealing statements to date, Save Jerseyans, Governor Chris Christie returned to the Aspen Institute last night for a RGA panel and expressed his harsh assessment of libertarianism… and its most popular adherent.

“This strain of libertarianism that’s going through parties right now and making big headlines I think is a very dangerous thought… [y]ou can name any number of people and (Paul is) one of them.”

I understand what the Governor means in the foreign policy context; I don’t understand the point of defending NSA domestic spying or criticizing libertarianism generally. Although to be fair, the equally-ambitious younger Paul did throw the first punch. Back in January, Sen. Paul accused Christie of putting politics ahead of principles in his New Jersey bid for reelection:

I think he may be solidifying his support with Democrats in New Jersey and maybe liberal Republicans. If he wishes to do something nationally, I think criticizing the Second Amendment movement and the over-the-top, ‘give me my money’ stuff, ‘I want all sixty billion now or I’ll throw a tantrum’–I don’t think that’s going to play well in the Republican primary.”

Responding the Christie’s Thursday evening remarks, Paul told The Washington Times that “[i]f Governor Christie believes the constitutional rights and the privacy of all Americans is ‘esoteric,’ he either needs a new dictionary, or he needs to talk to more Americans, because a great number of them are concerned about the dramatic overreach of our government in recent years.”