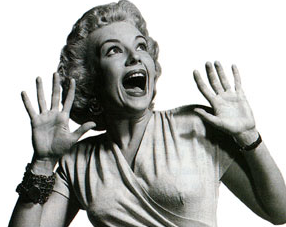 Get ready for it, Save Jerseyans.

You’re going to hear a lot of lies over the final few months of this lackluster gubernatorial contest as the hapless Barbara Buono scrambles to avoid a historic blowout the likes of which New Jerseyans haven’t seen since Tom Kean, Sr. in the 1980s.

A reliable “Plan B” (pun intended) for drowning Dems is resurrecting “war on women” rhetoric. Buono’s already harped on Planned Parenthood funding and “equal pay” this campaign season; expect to hear more on both non-issues before she’s done.

“Non-issue?!?! How can you be opposed to equal pay for equal work, Matthew?!” I can hear our closeted Save Jerseyans saying it almost as I type this! They need to take a cold shower, fist some chill pills and absorb the truth of the matter: there is no significant gender pay gap in 2013 America.

That’s NOT the same question as whether men and women earn the same salaries on average overall. The difference between these measures isn’t mere semantics.

In 2013, a male and a female in the same profession, working off of the same degree in the same position, earn virtually the same amount of money for the same work. Following me? On average, the female CEOs at America’s top 500 companies earn more than their male counterparts. The statics frequently cited by “equal pay” advocates (Buono likes to say women earn only “77 cents on the dollar” of what men take home) are flawed because they’re averaging all/many/numerous professions, depending on the study, for both genders. Of course a female teacher earns less than a male doctor, and for a number of reasons that have less to do with the state of law than biology/culture/family, women still gravitate towards less-well-paying professions and full time employment.

In fewer numbers than 50 or even 15 years ago? Sure. But as much as they might try, liberals can’t completely transform human nature. We all know that there are some feminists out there who simply loathe the family structure and believe that legal equality equates to “the same”; put another way, they yearn for a day when society is blind to biological differences between men and women. Good luck crafting the legislation that can accomplish that feat, liberals! And besides, who the hell what want to live in a world devoid of the strengths of the respective genders? Shouldn’t a family be able to have the mom stay at home while the husband earns a larger salary to compensate for her absence from the workforce? It’s not discrimination; simply smart economics.

This is a decades-old debate and we won’t resolve it in a single blog post. I just want YOU, our readers, to understand the true aims of these radicals.

There’s also the issue of hypocrisy. Utilizing Buono’s own flawed criteria for evaluating salary equality, Barack Obama’s White House is one of the worst offenders in modern America. Women working at Barack and Michelle’s taxpayer-funded mansion earn, on average, 18% less than their male colleagues. Yet I never heard Babs Buono raise a peep about it during her endorsements for the President in either 2008 or 2012.

So don’t take any guff from New Jersey liberals this election season, Save Jerseyans, on the “equal pay” issue or any other. We’re more than willing to debate the issues with Buono supporters — all six of them — but we’re not willing to engage on a false premise or debate “solutions” in search of a problem.