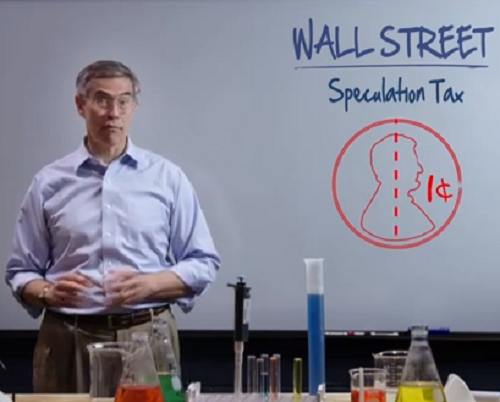 This year’s Democrat special U.S. Senate primary is a pretty terrifying affair, Save Jerseyans. I’ve likened it to watching four mad scientists trying to best each other’s nightmarish creations; we’re watching Iron Chef for liberals, and the secret ingridient in every dish is your money. Lots of it.

Rep. Holt decided to roll out his plan in a web video:

Let’s call his bluff: if Rush Holt is really, truly concerned about American investors, then perhaps he should ask the Justice Department why it reportedly declined to pursue criminal charges against Jon Corzine?

The same guy whom he endorsed for governor in 2009? Even after the Corzine Administration’s $182 million pension debacle?