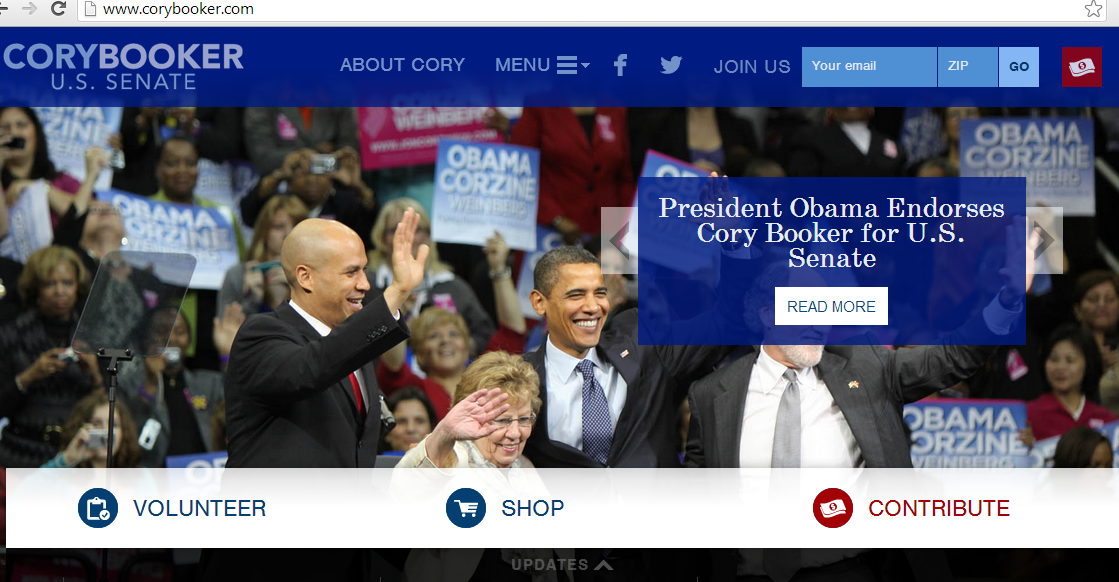 The bad news? His staff apparently had only one photo of him with the President (see below), and after this post went up on Save Jersey, their photo was mysteriously removed…

Cory Booker is proud to be seen with New Jersey ultra-liberals like Loretta Weinberg and our Commander-in-Chief Barack Obama, Save Jerseyans. He thinks it’s a net positive, or at least neutral in its effect.

Jon Corzine? Not so much. Do you recognize the fourth politician (from your left) in this rotator image on Cory Booker’s campaign website?

Priceless! The Wizard of Wall Street is obscured behind an Obama endorsement text block. You couldn’t make this stuff up, folks. Sloppy and careless web work from a team that’s already made headlines for extreme dysfunction.

For those of you who haven’t been paying attention, 18 congressmen recently demanded a probe into Corzine’s role in MF Global’s collapse.

I guess Mayor Booker doesn’t want to second guess the judgment of his future colleagues? At least not when he hasn’t managed to put Steve Lonegan away quite yet…