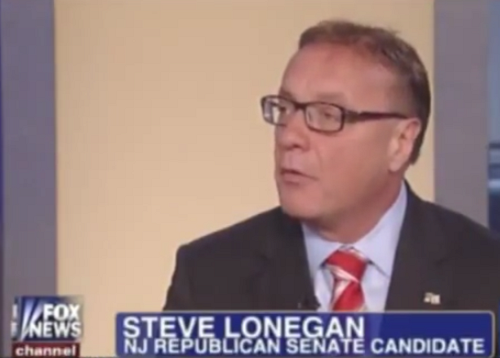 Steve Lonegan dropped by the “Fox and Friends” program on Monday morning, Save Jerseyans, where the perpetually fired-up Republican nominee pledged to run a very different campaign than other recent statewide NJ GOP candidates: one of contrast. But this wasn’t just an opportunity to talk shop in front of a friendly interviewer; Lonegan undoubtedly hoped that low-dollar base donors in other states were watching and liked what they heard.

Here it is if you missed’em:

Is the “broader war” messaging approach the right approach against Cory Booker? We’ll know for sure in two months…

MMM has video up of the former mayor’s other post-primary appearances for those interested.