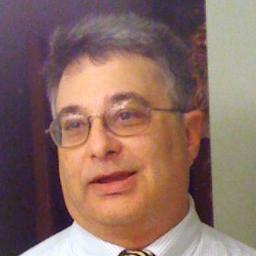 He’s one of most controversial figures in Garden State politics, Save Jerseyans, but in all candor, I always enjoy talking shop with Rick Shaftan.

For those who don’t know (maybe you’re tuning in for the first time this cycle), Rick Shaftan is a campaign strategist/pollster for Republican candidates across the country (and a couple Dems, including state Sen. Nick Sacco). His most famous client is Steve Lonegan, and their relationship goes back many years; Shaftan’s cameo in Anytown USA – a documentary following one of former Mayor Lonegan’s Bogota reelection campaigns – is well worth the watch.

I had a chance to catch up with Rick on the phone last night when he was in between an event and a campaign conference call (and I had just returned from a cocktail party and was settling down for a tedious evening of busy work and HBO GO viewing).

His message to me concerning the 2013 U.S. Senate special election: don’t believe the public polls. “This is a single digit race,” Shaftan declared.

Even his detractors who think Rick is crazy would never make the mistake of believing he’s stupid. I brought up the fact that conservatives (including yours truly) didn’t believe the 2012 public polling only to have those polls largely verified by the final result.

In short, Shaftan completely rejects the idea that Mayor Lonegan is trailing by large margins and that the nominee is underperforming with the GOP base; his primary argument is that the major public polls are failing to adequately screen for who is actually likely to show up at the polls to choose between Cory Booker (D-Twitter) and his candidate.

Rick claims his internal polling shows the President’s job approval rating upside down among those likely to vote in the October 16th special U.S. Senate election, a phenomenon which he attributes to normal second term fatigue as well as current events including his bungling of the Syria crisis. I readily conceded that George W. Bush’s numbers came down quickly between his Fall 2004 reelection and the 2005 aftermath of Hurricane Katrina less than one year later.

Moving forward towards Election Day, Rick posits that a lack of enthusiasm among Democrats is going to lead to a turnout picture resembling something decidedly less “blue” than last November when Bob Menendez trounced Joe Kyrillos by nearly 20-points. Particularly given the fact the Shore’s polling stations won’t be affected by Sandy this time around, he further expects much stronger turnout in the deep red Jersey Shore counties this time around (buoyed by what he sees as a superior Republican field op to the disorganized Booker campaign).

Why aren’t the public polls capturing this shift?

“No one is drawing the sample correctly,” explains Shaftan confidently.

A little background at this point is helpful: most public survey (like the Rutgers-Eagleton survey showing Booker up by 35-points) utilize push-dial random samples with low-screens (ascertaining only “attention to the election, the last time they voted, and intent to vote in this election”) when constructing a polling sample, a process which he believes produce an over-accounting of Democrat turnout.

When asked which public poll he prefers, Shaftan says Patrick Murray’s Monmouth University/APP poll is the closest (Murray had Lonegan trailing by 18-points at the end of August) precisely because Murray looks for voters who participated in at least two of the last four general elections; still, Rick contends that additional questions are warranted to screen likely voters in his own polling especially due to the fact that this is a special election for which there is low public awareness.

“The Booker people don’t even see it; they’re hung up on conventional wisdom and they’re missing it.”

Polling aside, Rick Shaftan (who infamously scrapped with the Governor’s brother during the 2009 primary campaign) had nothing but glowing things to say about Chris Christie’s role in helping the Lonegan for Senate campaign effort thus far.

“He’s been our best supporter,” he said, “and all of his people have been very helpful… he’s even helped with fundraising.” A Christie-Lonegan joint fundraiser is scheduled for Thursday evening.