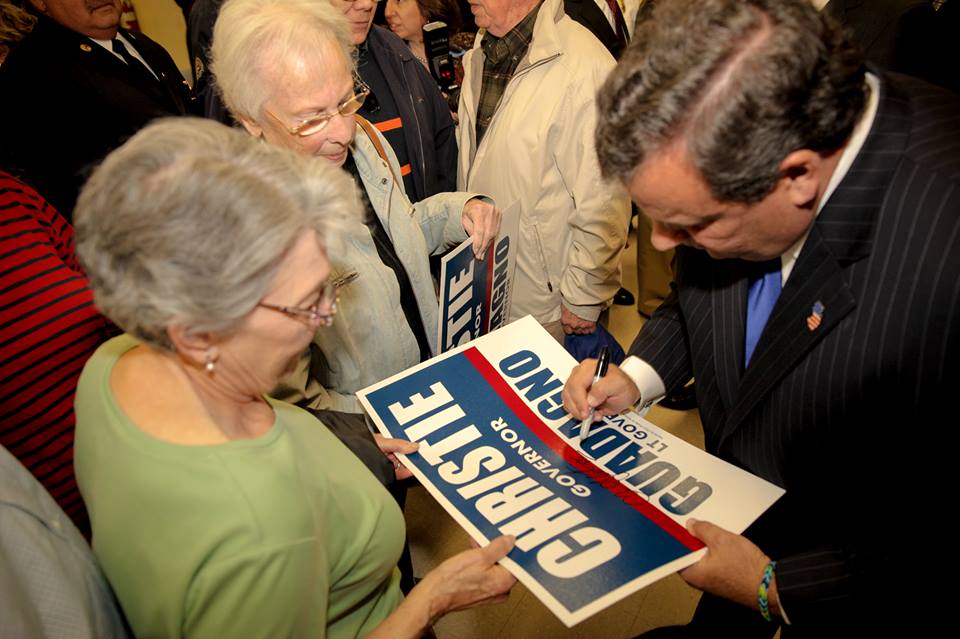 It’s a tale of two polls today, Save Jerseyans.

Governor Chris Christie leads Barbara Buono (BWOH’-noh) by 33-points (64% to 21%) in the latest Quinnipiac poll released Tuesday, representing a 4-point jump since its prior survey. Meanwhile, Governor Christie’s lead in Wednesday’s Stockton poll is down considerably to 24-points; his lead stood at 33-points in the last Stockton University survey.

Well, we’re dropping September’s Kean poll from the survey since it is now over one month old and was also conducted before the debates and most new advertising by both campaigns. The remaining six polls reflect a slight uptick for the incumbent to a Christie +27 race rating…

Neither polling institution behind the latest surveys disputes the ultimate result.

“The election looks like a runaway,” said Maurice Caroll, the top dog over at the Quinnipiac poll. “Even almost a third of Democrats pick Christie over State Sen. Barbara Buono. She’s been an energetic campaigner, but more than a third of voters don’t know enough about her to decide whether or not they like her.”

How did Quinnipiac and Stockton fare in Election 2009?