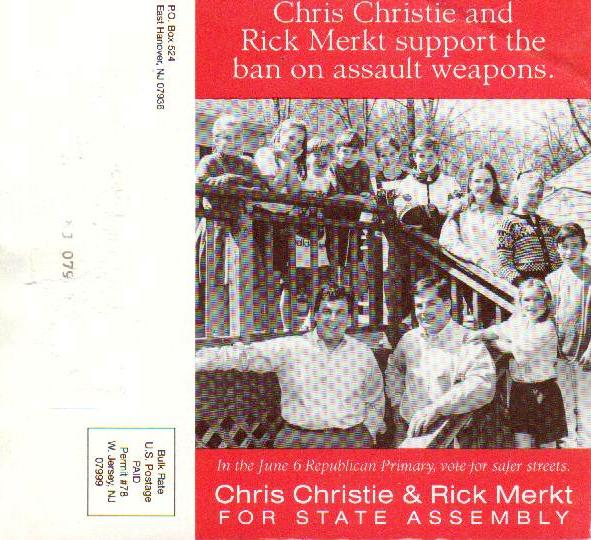 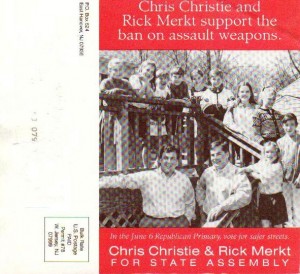 You could hold out your hat and catch 15 Christie-related political stories over the past week, Save Jerseyans. Some are insightful. Others? Not so much.

Wednesday’s Scott Conroy and Adam O’Neal piece over at RCP is the exception; they do a great job of highlighting some of Governor Chris Christie’s potential vulnerabilities heading into the 2016 primary cycle.

Someone opened up their Christie opposition file in the past two weeks; it was only a matter of time.

For example, this RCP piece touches on the period in Christie’s political tenure that few non-New Jerseyans are familiar with at the moment — the “failed” politician who turned to the U.S. Attorney’s office for a second lease on a public career — and some of the positions that that guy took which could raise conservative eyebrows (and tempers) in key states like Iowa, New Hampshire and South Carolina.

The 1995 state assembly mailer on the right (h/t politicalguide) isn’t included in Conroy and O’Neal’s article but it’s briefly mentioned.

In Chris Christie’s defense, he would tell you that he’s evolved on positions like abortion and gun rights since this mailer was produced 20 years ago (when he was only 30 years old). He recently vetoed many of the state legislature’s worst gun-grab legislation and, in his first term, utterly and completely infuriated the pro-abortion crowd by killing Planned Parenthood funding. The million dollar question is whether angry purists and honest skeptics outnumber more forgiving/moderate voters in the early primary states by this time two years down the road…

4 thoughts on “Digging Into Christie’s Past Begins”