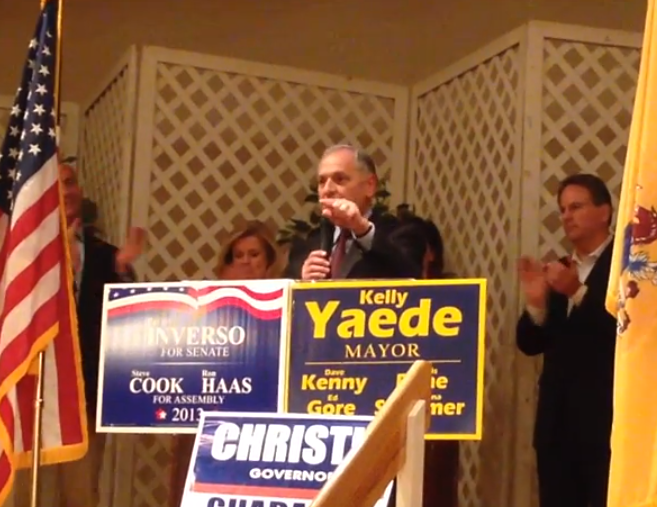 The Hamilton GOP had a rough 2012, Save Jerseyans.

Heading into Election 2013, however, good feelings abound. They’re even hoping that Mercer County’s big swing town can push former state Senator Peter Inverso over the top and retake the LD14 seat, a feat which Republicans haven’t accomplished since 2007 when Bill Baroni won his final election.

Some highlights from last night’s rally with Lt. Governor Guadagno at the Nottingham Fire House Ballroom:

Want to learn more about the Hamilton ticket? Check out our interview with Councilman Ed Gore.