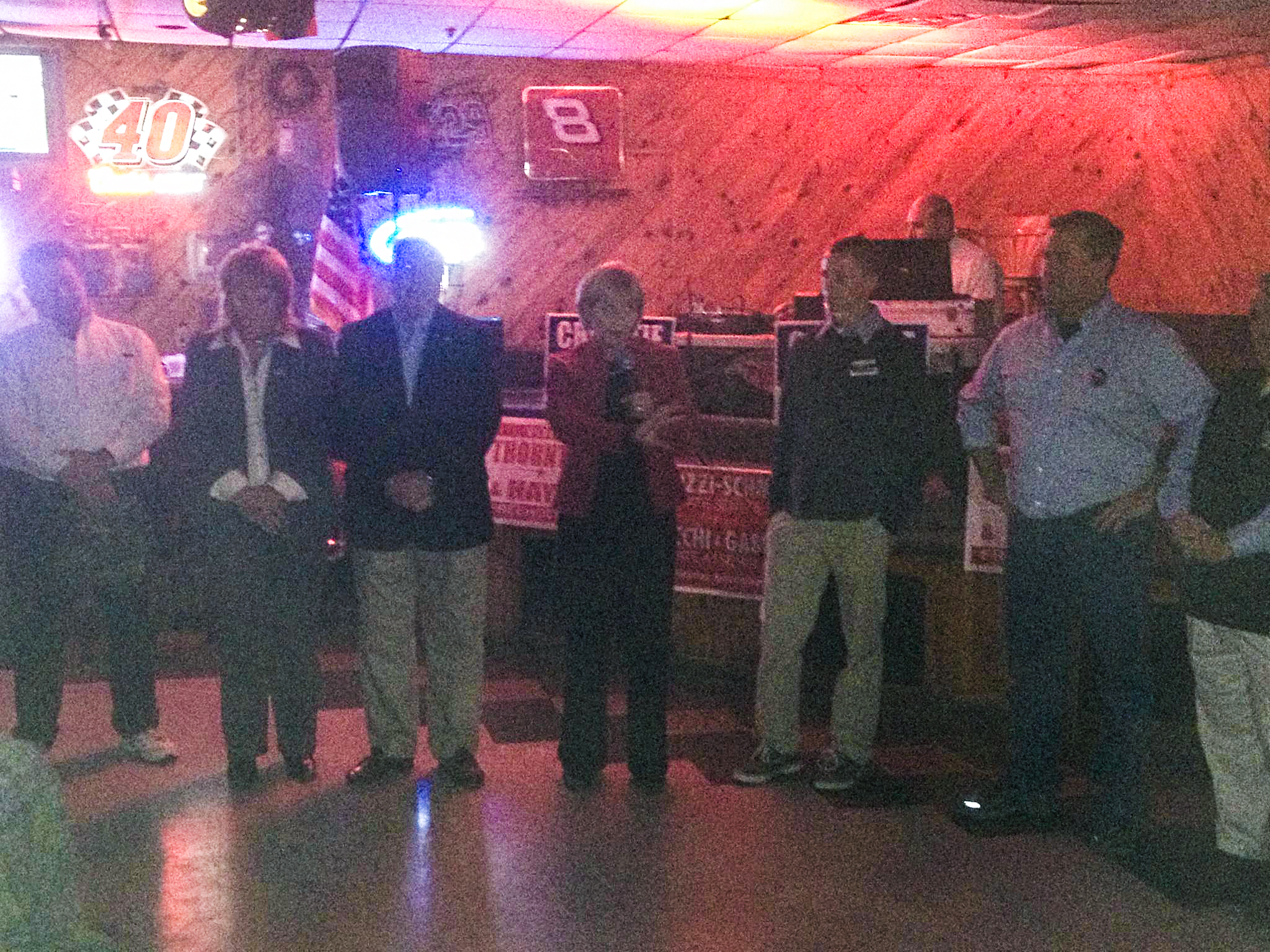 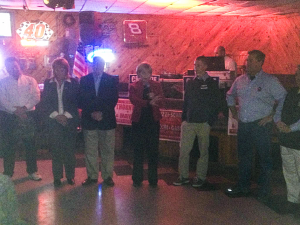 Sea Isle City Mayor Len Desiderio hosted the annual CapeGOP Victory Rally on Sunday evening at Kix McNutleys, Save Jerseyans. Which, if I might add, was one of your Blogger-in-Chief’s favorite Jersey Shore bars back in the day!

This year’s special guest was none other than Lt. Governor Kim Guadagno who reiterated the Governor’s desire for a GOP legislative takeover during the final stages of the duo’s 90-stop bus tour. Governor Christie visited the district on Thursday.

“We will bring the rest of the ticket with us,” pledged Guadagno to a crowd of over 100 core supporters. “Only way we move forward… is if we reelect Chris Christie and give him a Republican senate and assembly.”

“Do we want to go back to where we were in 2009?” she added. Just the suggestion evoked a visceral reaction from the gathered faithful.

They remain hopeful that a Christie wave can pull at least one GOP challenger from the Adelizzi-Schmidt/Gabor/Fiocchi ticket across the finish line on Tuesday despite record levels of spending from 3rd party groups affiliated with Trenton Democrats. Insiders continue to look at LD1 as a possible upset flashpoint should actual Election Day turnout resemble the Republicans’ more optimistic models.