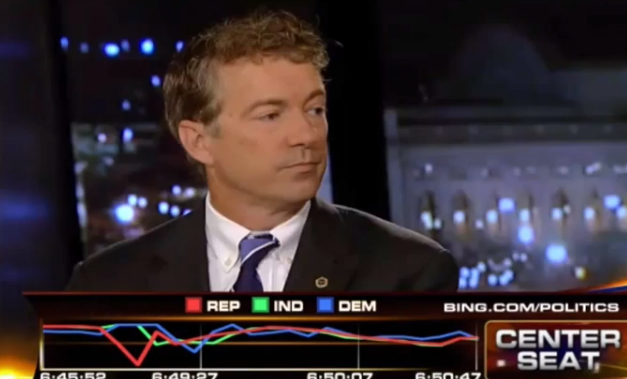 Senator Rand Paul visited the Special Report with Bret Baier all-star panel on Monday night, Save Jerseyans, where he fielded a variety of questions that contemplated his expected 2016 presidential candidacy for the GOP nomination.

Among the highlights? Rand said Governor Chris Christie harbors many “moderate” positions but expressed his opinion that there’s “room for moderates in our party.” Big tent talk with a not-so-subtle swipe… quite a rhetorical feat! Christie told Jake Tapper on Election Eve that he’s no moderate. Rand doesn’t care.

I love Rand Paul on the domestic front, folks. Then he starts expounding on foreign policy and my head hits the desk. Time will tell whether he gains traction and, in the event he manages to make it all the way, if the big chair has the same sobering effect on him that it does on every foreign policy idealist who’s ever graced it.

36 thoughts on “Rand: Room in GOP for “Loose” Conservative Christie”