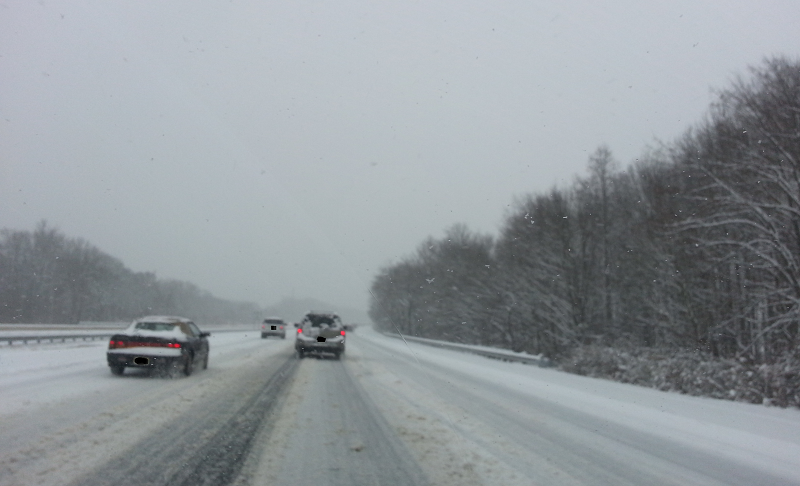 New Jersey (and especially South Jersey) got walloped yesterday by a surprise snow storm. The Burlington County= bedroom community of Medford took the prize with 9.4 inches of the heavy, wet white stuff blanketing everything by Sunday evening.

“Surprise” is the key word. No one saw it coming; meteorologists had predicted a coating to a couple of inches. South Jersey averaged between 6 and 9 inches.

Winter doesn’t even officially begin until the 21st of December but it’s already been a cold one. That hasn’t stopped some die-hard liberal ideologues from regurgitating the same, tired, long-debunked global “warming” argument they’ve been making since I was a little kid in 1990s…

An article in Sunday’s Kansas City Star, contrasting U.S. and Chinese environmental standards, is particularly illustrative of the Left’s inability to admit when it’s wrong:

“Yet it has not been enough to slow the advance of global warming from the worldwide fossil fuel fires of industry and transportation. Human activity is creating greenhouse gases, destroying the ozone layer, increasing the planet’s temperature and melting polar ice.”

They repeat this crap as if it’s gospel!

Nevermind that the same paper ran an article on frigid U.S. temperatures on the exact same day as the article above. The Midwest has already seen plenty of winter weather this fall. The Star is based in Kansas City, Missouri, where as of this writing, the air temperature is 11 °F.

The polar ice cap claim is laughably outdated, too. The scientist responsible for the distressed polar bear narrative has since retired after being accused of falsifying the data behind his claim. It gets better: between August 2012 and August 2013, the Artic Ice Cap GREW by 29%. A growing chorus of scientists now believe the earth is heading into another prolonged cooling period.

The truth, Save Jerseyans? No one is 100% sure. That’s been our point all along. Most rational people don’t deny that human beings can do a lot of damage to the environment when they behave irresponsibly. At the same time, our planet is large, complex and resilient, and many of the biggest factors affecting temperature (including sun activity) have no relation to anthropocentric causations.

Scientists are no more sure what the next 20 years will bring than the meteorologists know whether we’re getting more snow in the next 2 days. Because the world is bigger than all of us, folks. Only liberal hubris presumes to know it all under the deranged assumption that human beings are in charge of it all. We’re not.

The “warmers” (who are really no different than “truthers” or “birthers” in terms of their rush to draw conclusions untethered to facts) need to be called out for what they are: a cult that’s hopelessly removed from mainstream opinion and, consequently, unworthy of serious consideration.