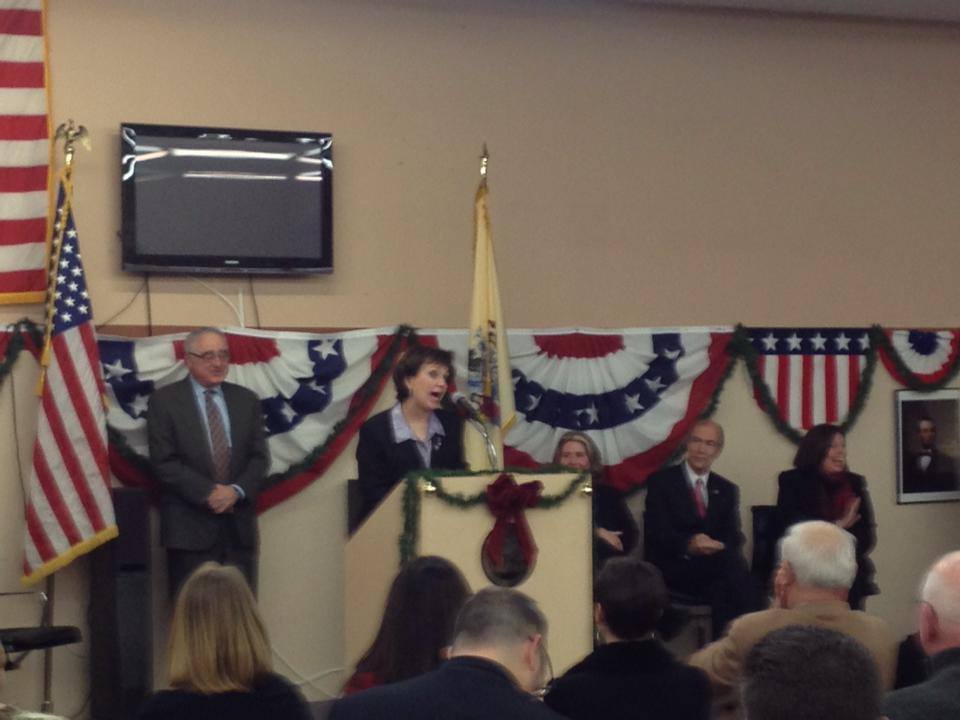 Those were the words uttered by County Executive Kathe Donovan last week to the over 100 people who braved icy roads to attend a rally with Donovan and BCRO Chairman Bob Yudin at BCRO headquarters in Hackensack.

A turn of the tide? Christmas miracle? Or temporary tactic to stem the bleeding?

Though many remained skeptical as she pointed out, both Donovan and Yudin were all smiles as they did something no one saw coming, endorse each other for another term. Donovan pointed out that it was important to do this now, to show they were serious and this is really happening.

The two were joined on stage by Freeholder Maura DeNicola, state legislators, and even Congressman Scott Garrett. Everyone was all smiles as a jubilant scene seemed to radiate the room. Yudin assured the crowd this was not an armistice, but rather a longer lasting pact intended to unite the BCRO for the foreseeable future.

If so, some believe this may finally allow the GOP to regain a sizeable majority in county government that infighting seems to have brought to an end.

Some in attendance and many not still remain skeptical of the alliance. As some may remember, Yudin endorsed Donovan back in 2010, only for the good feelings to end almost before she took her new office at One Bergen Plaza. Others, from both sides, decried the alliance as more of the same.

Dismayed Donovan supporters believe they could have taken out Yudin at the reorganization meeting in June. Some names were floated around as potential challengers, and I can say it would have been a heavyweight battle if any one of them had decided to go for it.

On the contrary, many Yudin supporters believe they still should get a crack at primary with Donovan, who they feel lacks the conservative credentials needed to be the party nominee. They cite the defeat of Donovan in the primary in 2006, her only electoral blemish since the early 1980s.

Some even argue that the only way to truly move forward is a party without Donovan and Yudin!

All of those complaints may wind up being nothing but sour grapes as most, including myself, are happy to put the infighting behind us. These petty arguments have produced nothing by tension and electoral losses. Who is to blame for that can hopefully now become a thing of the past. Now, we can all take a breath, at least of course until the convention in March.

3 thoughts on “Unity in Hackensack for Christmas”