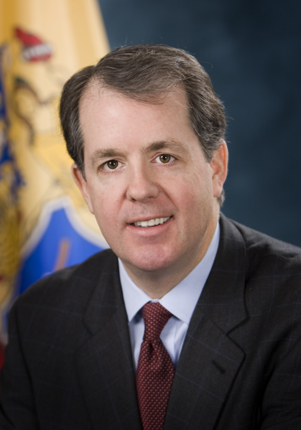 This one came as a little bit of a surprise to me, Save Jerseyans, but a well-placed state house source reports that State Treasurer Andrew P. Sidamon-Eristoff is seriously considering a run for Rush Holt’s open House seat this November.

Apparently it’s a rumor with legs on the lips of equally-serious Republicans on Wednesday around the capital complex.

For those of you unfamiliar with the soft-spoken numbers wiz, back before his nomination to serve as Chris Christie’s chosen treasurer back in January 2010, Sidamon-Eristoff, a well-heeled Princeton resident and alumnus of both Princeton and Georgetown, enjoyed an extensive run in the financial industry working a private investor, corporate consultant, tax lawyer, New York City Commissioner of Finance, and even Commissioner of the New York State Department of Taxation and Finance in the mid-2000s to name a few positions.

He’s no stranger to elected office either, having been elected three times to New York City Council as a Republican representative serving Manhattan and losing one attempt to join the New York state senate.

Sidamon-Eristoff currently occupies a deep blue Garden State district but one that he could dump substantial cash into given his considerable personal wealth, earned both during his years in finance and through membership in a family rooted in the Georgian (the country, not the state) aristocracy. His family is classic “old money”; Forbes reported that his mother, Anne Phipps, was worth $187.5 million in 1985.

Presumably the Governor would also weigh in with a fundraiser to help his loyal budget chief. We shall see…

Dr. Aleita Eck has already announced her intention to seek the GOP nomination.