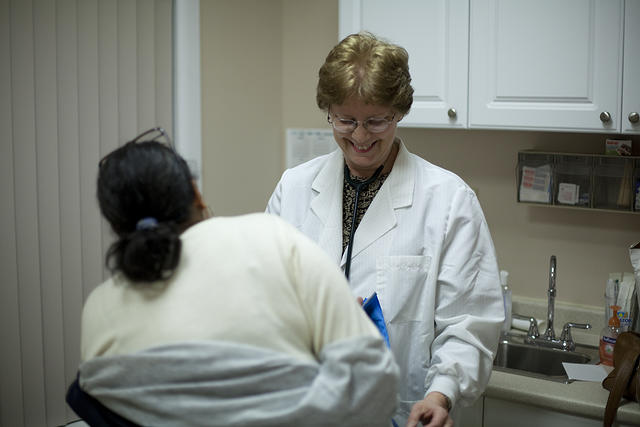 “With massive changes to our healthcare system being implemented in Washington on an almost daily basis, many New Jersey residents may find themselves left behind when it comes to access, quality, and affordible healthcare,” said Asw. Wright in a release from the campaign. “The fact is no one knows more about the real issues facing physicians and patients today than Alieta Eck.”

Wright specifically lauded Eck’s work as a physician through the Zarephath Free Health Clinic (which she founded) as evidence that she’s be “a perfect fit for the district who has the right experience to deal with the healthcare challenges we are facing.”

“I can make the tough decisions when it comes to preventing government from getting between you and getting well,” added Dr. Eck in a press release announcing the endorsement. “I’m proud to have Barbara Wright’s support. She has been a champion of quality health care for the citizen’s of New Jersey for years. I will work hard to live up to her expectations.”

We last heard from Asw. Wright back in March 2010 when she unsuccessfully sought the Republican party’s nod to replace Bill Baroni in the State Senate.

No other major challenger has stepped forward in this heavily blue district to date although State Treasurer Andrew P. Sidamon-Eristoff is rumored to be weighing his options; the Democrat primary, on the other hand, looks like a 3-way battle at the moment between three legislators.