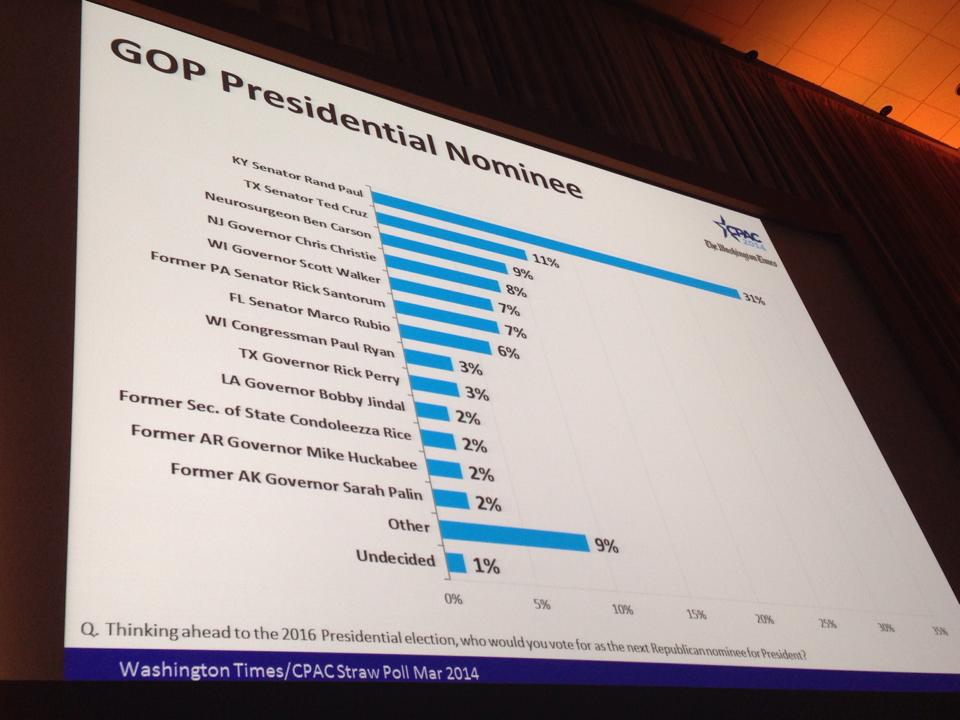 The CPAC 2014 straw poll results are in, Save Jerseyans, and Rand Paul was the big winner with 31% of votes cast by conference attendees. Ted Cruz was a distant second at 11%. Dr. Ben Carson rounded out the top 3 with 9%.

Chris Christie finished 4th at 8%, only 1-point better for having given a well-received speech this year than back in March 2013 when he wasn’t invited. “Other” grabbed 9% of the vote. Scott Walker was right on Governor Christie’s heels at 7%.

What do the results tell us?

Not much (it’s an unscientific straw poll, after all), other than the fact that young conservatives are increasingly leaning-libertarian.