Christie Throws Down with Obamacare Booster 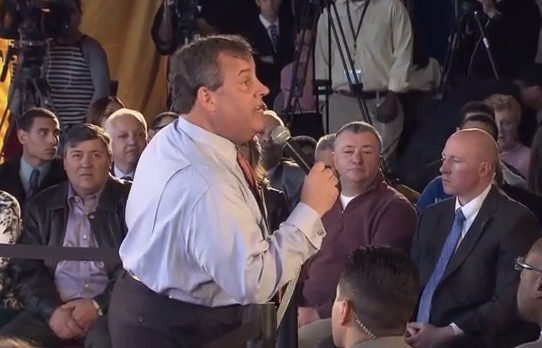 How successfully Chris Christie can reconcile his decision to accept a massive Medicare expansion with his consistent and vocal opposition to Obamacare (including not one but two state exchange vetoes) could make or break his 2016 GOP primary dreams, Save Jerseyans.

We saw it play out today at a heated South River town hall where the Governor warned agitators and attention-seekers, in vain, to behave:

The Christie Administration recently came under fire from Democrats for declining to spend monies designated for Obamacare advertising after Christie decided to join the federal exchange.

3 thoughts on “Christie Throws Down with Obamacare Booster”