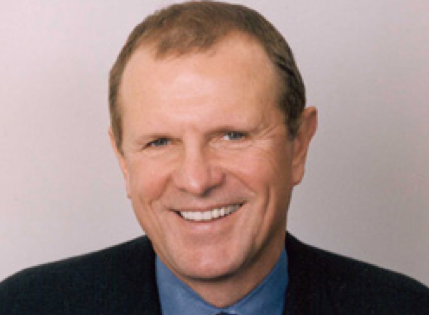 It’s just one man’s opinion, Save Jerseyans, but New Jersey Democrats have been watching too much True Detective as of late. Each one of them is trying to leave a unique footprint on the Bridgegate/Sandygate/Whatevergate saga by wildly speculating as to the possible existence of new dimensions of corruption enveloping the embattled Christie Administration and, hopefully, landing themselves some air time with Rachel Maddow.

Tuesday night was Sen. Raymond Lesniak’s turn to succumb to its grip.

The liberal Democrat who led the charge to end New Jersey’s death penalty cast due process to the wind and openly speculated, without any cited evidence, whether Governor Chris Christie had committed a form of tax fraud…

“Did Sampson pay Christie for this non-work? Rumor has it as $500,000. The answer is shrouded in secrecy because Governor Christie got himself off the hook from having to disclose his income for the calendar year 2009 when he signed Executive Order #24 in 2010.”

For those of you who don’t know, David Samson (not Sampson, as misspelled in the Senator’s post) is the influential North Jersey attorney behind Wolff & Samson, a political power-broker in his own right, and a staunch Christie ally who serves as New Jersey’s top man at the NY/NJ Port Authority. He’s fallen under increased scrutiny due to the ongoing turmoil surrounding the G.W. Bridge and the many purported port authority entanglements involving his firm and business dealings.

I’ve maintained a very open mind when it comes to the wave of scandals engulfing Trenton as of late. That said, in this instance, we need to remember that personal profit isn’t in-of-itself proof of wrongdoing. I know liberals wish it was but that’s not how the world works. Lesniak’s passive-aggressive allegations run up against a few other realities, too, ones which can’t be overcome without actual proofs to back’em up.

First and foremost, while I fully admit to not being an administrative law expert, it appears the executive order in question (viewable here) did not relieve anyone of disclosing their 2009 income, least of all the Governor.

To me, that’s likely either a misreading of the document or a willful attempt to conflate disparate issues.

EO #24 was essentially a “status quo” executive order, neither significantly contracting nor expanding public officials’ reporting requirements. He caught some grief from the press for not following through with new reforms broached on the campaign trail. But public disclosure timelines constitute a separate issue from whether income is being obscured. It’s not fair (because it’s not true) to claim Governor Christie innovated a way to hide his income. It’s more accurate to say that he didn’t update the pre-existing standards to promote better, more timely disclosures.

A different kind of disclosure did happen. You’re all-too familiar with that process especially this time of year. Chris Christie and his wife Mary Pat still had to file detailed tax returns with the state and IRS just like the rest of us. The Governor’s 2009 income is a matter of public record. All of the Governor’s 2009 tax documentation is posted, in pdf format, over at the official gubernatorial web portal.

Where is Senator Lesniak’s evidence that the Governor may have lied about his income? Other than a “rumor”?

Lesniak claims the lie could be big — $500,000 big — but any inkling of a big pay-out from Samson or his firm is absent from the state and federal tax filings. The Christie couple reported $544,047 in 2009; $517,240 of that sum was earned by Mary Pat Christie by way of her lucrative financial sector job. Chris Christie eared relatively little that year since he resigned from the U.S. Attorney’s office in fall 2008 and spent the rest of the year campaigning.

How/why/when/where did the Governor manage to allegedly hide $500k from a law firm? Since he left public employment in late 2008, there would’ve been nothing untoward about talking a lucrative job with his friend’s firm anyway. So where’s the motive?

Thinly-veiled insinuations and reckless theorizing doesn’t help advance the cause of truth, folks. The Senator knows the content of this “rumor” implies the possibility of a crime so he stops short of leveling a direct accusation. The issue is larger than disclosure requirements; he’s suggesting that the Governor may’ve made half of a million dollars disappear.

Senator Lesniak could start contributing constructively by providing a basis for the “rumor” behind his post. We’d be willing to see (and print) it if it exists. Don’t blame me for being skeptical given how it’s being presented… and his party’s dubious track record as of late…