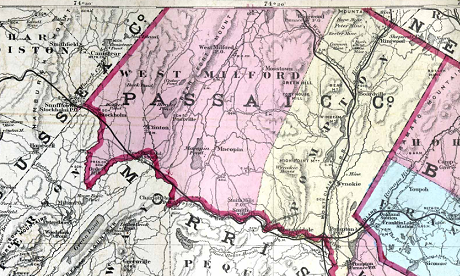 Here’s the U.S. Senate county breakdown thus far as of this brisk yet clear March morning, Save Jerseyans:

We’ve learned that Passaic County went with businessman Brian Goldberg on Saturday morning. Goldberg previously won the line in Essex County, too, and at this stage, he’s the only candidate with two counties in his column. That’s something.

It’s also something that’s not close to over. Monmouth County’s Rich Pezzullo earned Union County’s support back on March 1st. Professor Murray Sabrin walked away with the most votes (but not the line as of yet) from Middlesex County’s screening committee ahead of next weekend’s convention after a multi-ballot duel with former FBI agent Rob Turkavage.

Flip a coin. We’ll know more by the end of next Saturday at which point Ocean, Monmouth AND Middlesex will have formally weighed in on the contest.

16 thoughts on “Passaic Goes with Goldberg”