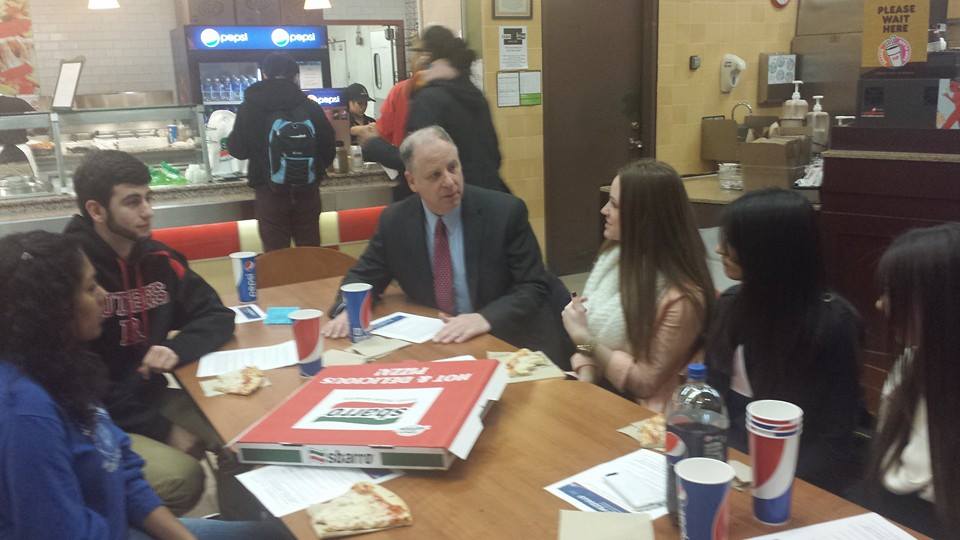 It’s finally convention season, Save Jerseyans, and the first GOP committee members are beginning to select their preferred choices for the June Primary.

Today it was Union County’s turn. In one of the only contested races, delegates assembled in Union Township on a cold but sunny March day voted to back Rich Pezzullo for the U.S. Senate nomination.

“Union county has a proud history of picking winners,” Pezzullo, a Monmouth County businessman, told Save Jersey following the vote. “I thank them for all of their support and I’ll work to keep their streak going.”

The county “line” which is determined by most (though not all) N.J. party conventions is significant since victors run in November on the regular party organization’s ballot column with other known entities (like Rep. Lance). Union is a blue county but large; its 58,135 2013 gubernatorial Christie votes gave the Governor his 9th largest raw vote total out of 21 counties.

Meanwhile, one short step down-ballot, Dr. Aleita Eck took another big step forward in her bid to take on Rush Holt’s Democrat replacement this November, winning the backing of the Union Convention with the backing of key municipal chairs and Rep. Leonard Lance (R-NJ07) who was on hand to lend his support. Fanwood, Plainfield, and portions of Scotch Plains are situated in the 12th Congressional District.

“The professional politicians in Washington don’t know how to deliver that, just like they don’t know how to stimulate job creation or reign in reckless spending” Eck told the conventioneers. “I want to apply my real world experience as a physician, a small business owner, and a mother of five children to change that.”