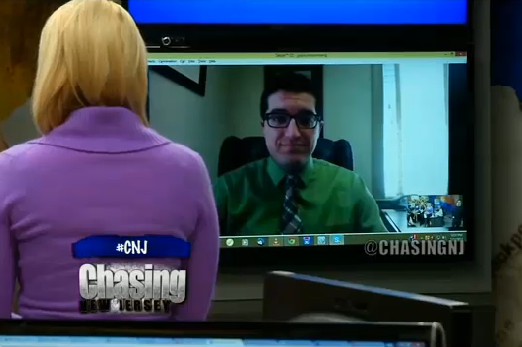 BY STAFF | THE SAVE JERSEY BLOG

You can watch Matt’s segment here:

Excerpts from Matt’s comments are below the fold…

Save Jersey Blog Editor Matt Rooney chimed in to discuss whether or not the fact the Christie administration hired the law firm who conducted the investigation diminishes from any of the findings.

“No it doesn’t diminish the value of their findings; it just means that you have to take them with a grain of salt. It was never intended to take the place of whatever the U.S. Attorney or the legislature are in the middle of doing, but whenever a company including a government agency has any type of trouble, or if there’s any whiff of wrongdoing, the first thing they need to do is an eternal review, that’s what happens,” he explained.

Does this new investigation have any impact on the key parties who didn’t participate and who are also being investigated regarding their involvement in bridgegate?

“At the end of the day politics always plays into this right? And the U.S Attorney is never gonna say, or the prosecutor is never gonna admit it, but the entire point of a corruption investigation is to get a big fish,” Rooney explained.

He also said that he wouldn’t be surprised if democrats or media outlets come out to try and discredit this report, however, he feels like there is still a silver lining.