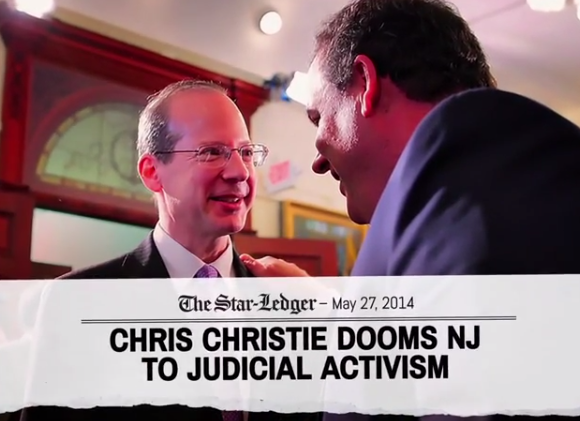 According to NH Journal, the 501(c)(4) advocacy group Judicial Crisis Network will launch new “television, radio and digital advertising” in New Hampshire on Wednesday ahead of Governor Chris Christie’s latest RGA-related trip to the presidential battleground.

“Gov. Christie has nominated multiple conservatives to the Supreme Court but several have been blocked by the Democrat Senate,” Christie political guru Mike DuHaime told CNN after similar spots ran in Iowa. “Yet, Governor Christie has still been able to get three Republicans on to the state’s highest court, making it more conservative. However, this group has been noticeably absent from any judicial fight we’ve had in New Jersey, showing up only to criticize after the fights are over.”

I won’t defend all of Governor Christie’s decision, Save Jerseyans. Scrutiny comes with the territory.

However, I am getting sick and tired of these national conservative groups who are quick to criticize Republican candidates on the national stage – and fully willing to spend millions fighting over control of deep red territory – but are curiously never, ever open to investing significant capital, if any, helping us turn blue or purple territory red when it really counts!

Case in point, like Mike said, where were all of these super pacs during our 2013 legislative elections? When we could’ve transformed the state senate and, with it, the judicial nomination landscape?

On the federal judicial front, where were they in 2013 for Steve Lonegan? Or this year for Jeff Bell?

Yes, CJC should’ve done more to make it happen. But they should’ve, too, so all of this stinks of hypocrisy to me. Just sayin’.