The History of A.C.’s Gaming Decline 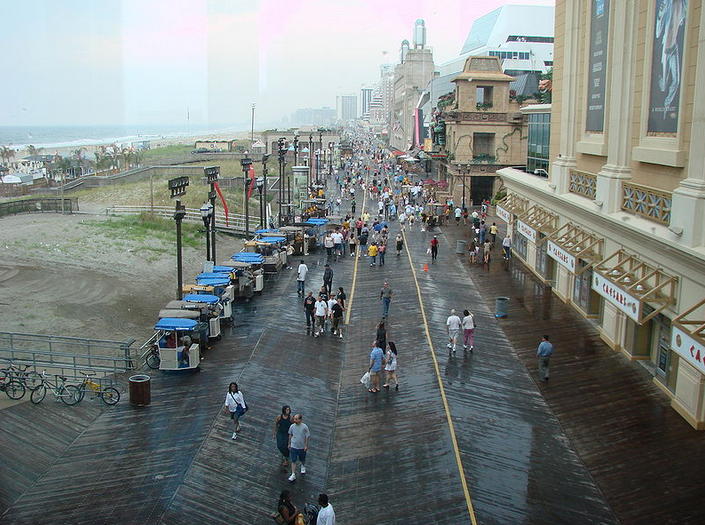 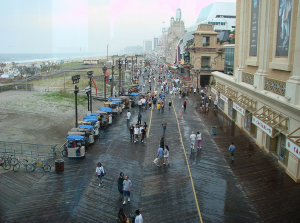 In 1976, New Jersey voters passed a referendum legalizing gambling in Atlantic City. Casino gambling was supposed to do two things: lead the renovation of Atlantic City and provide Trenton with an influx of cash that would help provide tax relief to New Jersey residents.

38 years later, Atlantic City has failed on both counts. And now gambling in Atlantic City is faltering, too. Why? Because our leaders are short-sighted, thinking only in terms of two- and four-year election cycles rather than long-term.

When gambling was legalized in Atlantic City, people knew that A.C. would never truly compete with Las Vegas as a vacation and conference/convention destination, but it would be a gambling destination for the northeast. Gamblers bused in for day trips and northeastern gamblers would spend long weekends in Atlantic City primarily because it was the only gambling home on the east coast. Unfortunately, our leaders in Trenton have been treating A.C. as if it is still the only game on the east coast.

A few decades ago, two casinos – Mohegan Sun and Foxwoods – opened-up on Indian Reservations in Connecticut and provided the first competition for Atlantic City, luring gamblers from Northern New Jersey, New York and, obviously Connecticut, away from Atlantic City. Trenton’s response was, well, to allow more casinos in Atlantic City because, thinking only in election cycles and in campaign donations, our legislators thought only of “creating” construction jobs for union workers in South Jersey,

In the late 1990s and early 2000s, neighboring states like Delaware and New York began operating electronic gaming at racetracks, which lured gamblers from Delaware, Pennsylvania and, again, New York, away from Atlantic City.

It was then that some North Jersey leaders wanted to bring computerized slots to Monmouth Park and the Meadowlands Racetrack; each of which were also losing gamblers to New York and Delaware. These efforts were blocked by legislators from South Jersey because they feared competition from these New Jersey tracks would hurt Atlantic City. This short-sighted thinking did not save Atlantic City and has certainly hurt New Jerseys’ racetracks and, thus, New Jersey’s massive horse industry (most New Jersey residents are probably unaware that, two decades ago, the Garden State was one of the nation’s leaders in horse stables).

New Jersey’s short-sighted answer to the competition in the late 1990s was to spend hundreds of millions of taxpayer dollars to cut through one of the few nice neighborhoods in Atlantic City to build a massive tunnel, essentially a driveway, to the proposed Mirage casino near Atlantic City’s marina area because, again, there would be construction jobs or both the tunnel and the casino, which wound up being Borgata. Yes, Borgata has become Atlantic City’s largest and most successful casino, but that has come at the expense of Atlantic City’s other casinos; none of which mattered to politicians who thought that the tunnel and casino projects would “create” more jobs for those construction workers that vote in Atlantic County.

Pennsylvania, however, decided that they, too, wanted a piece of the action and approved the construction of a Sands casino in Bethlehem, which has also taken a chunk of gambling away from Atlantic City.

Of course, the final nail in Atlantic City’s coffin may have been on-line gambling. Trenton’s answer? Yes, more casino construction. The state has sunk over half a billion dollars into the new Revel casino because, hey, “construction jobs…” Of course, this past week Revel filed for bankruptcy for the second time in one year. Two weeks ago, Showboat Casino announced that they were closing permanently. Earlier this year, the Atlantic Club casino also closed its doors permanently.

From the moment gambling was approved by our state’s voters, legislators and governors have run Atlantic City’s gaming industry with only one thought in mind – placating construction workers and casino workers by preventing gambling at our racetracks and by ignoring competition from other states. Why do they do this? It’s because politicians only think in election cycles. Assembly members are elected every two years, so if they can “create” jobs by building tunnels and casinos, it’s great for the extreme short term; long term be damned. Further, those who benefit from casinos line the pockets of politicians with campaign donations, which always speak louder than common sense.

Up in North Jersey, it is this very same type of thinking that has seen the state waste billions on the Xanadu and Encap projects over the last 14 years – neither of which project has been completed. It should come as no surprise that Xanadu’s original developer, Mills Corporation, donated millions of dollars to politicians’ PAC committees.

So what does all this mean? It means that our political leaders should not be in the business of developing the state. Most of our leaders are lawyers, not business people. They know little of the ramifications of their decisions – or they simply don’t care – and only think and act in the extreme short-term and in their own campaign-funding interests.

State Senate Leader Steve Sweeney continues to try to raise taxes because he believes that New Jersey has a revenue problem, not a spending problem. He’s wrong. New Jersey spends far too much money on things upon which they have no business spending. And it is costing taxpayers billions.

19 thoughts on “The History of A.C.’s Gaming Decline”