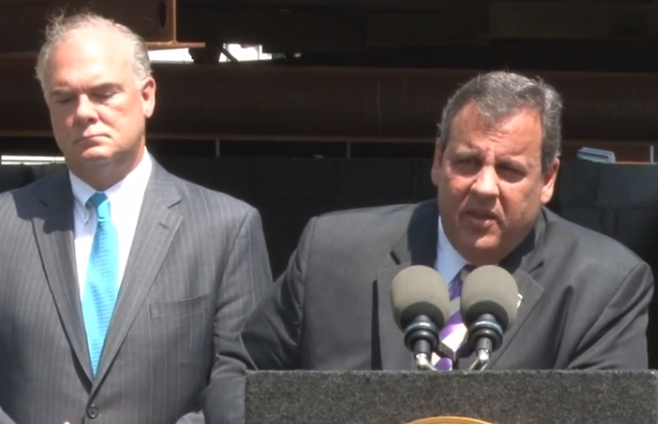 Governor Chris Christie didn’t attempt to walk-back his 10-round magazine limit bill veto decision in Keansburg on Monday, Save Jerseyans, relying on something that supporters of conservative policies all-too-often overlook: the emotion argument…

“Michael, I’ve heard the argument and so are we saying then that the 10 children, on the clip that they advocate for, that their lives are less valuable? If you take the logical conclusion of their argument, you go to zero because every life is valuable. And so why 10? Why not six? Why not two? Why not one? Why not zero? Why not just ban guns completely? I mean, you know so the logical conclusion of their argument is that you get to zero eventually. So I understand their argument. I feel extraordinary sympathy for them and the other families and all of the families across America who are the victims of gun violence including the young man who was killed in West Orange a couple of weeks ago, not with an automatic weapon, not with a clip. You know wanton gun violence is bad no matter how it’s conducted and I understand their argument. I’ve heard their argument. I don’t agree with their argument. We have a fundamental disagreement about the effectiveness of what they’re advocating for. And I’ve listened to them. I’ve met with them. I heard their arguments directly and personally. I’ve read a lot on this issue and I made the decision that I made.”